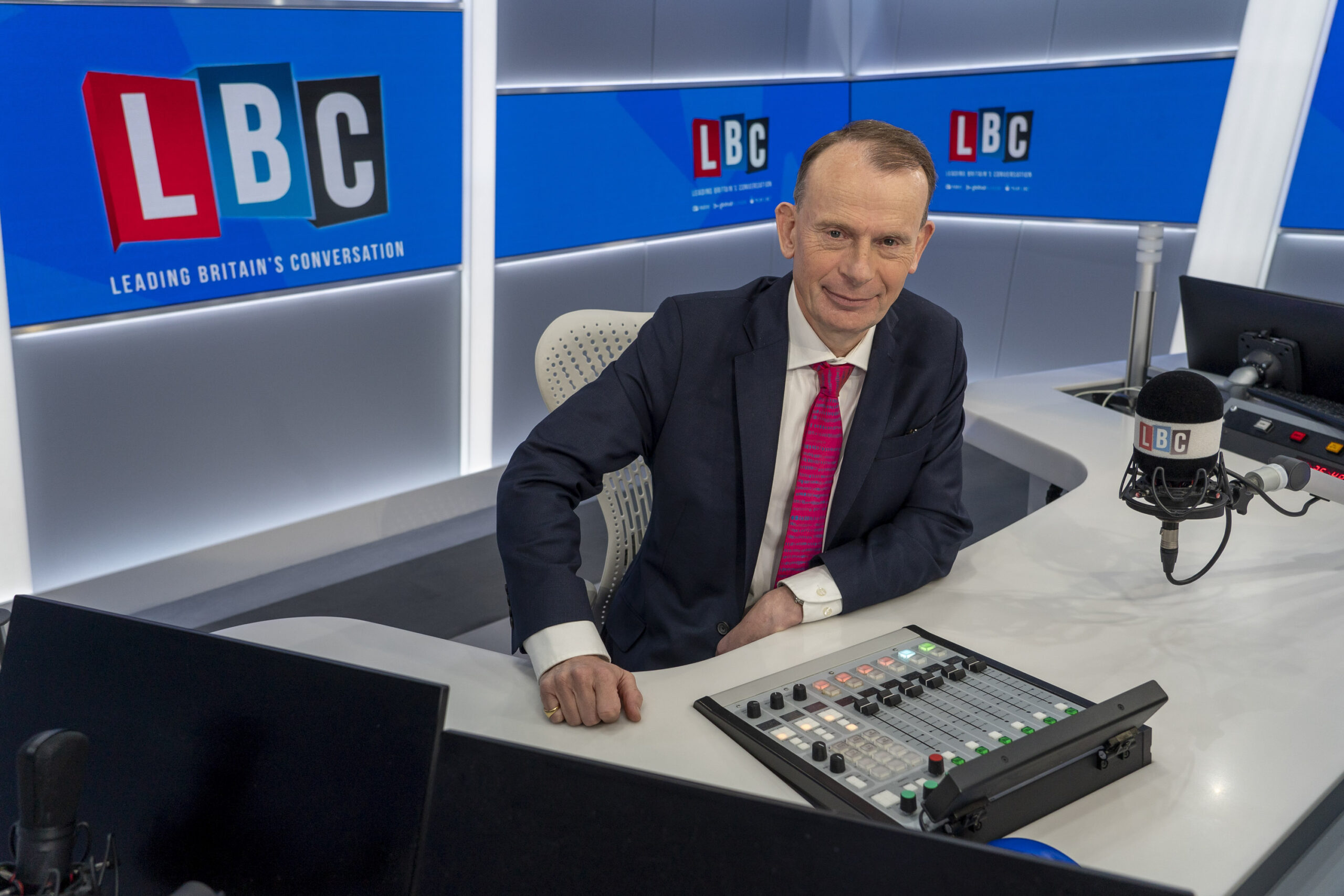 Tonight with Andrew Marr will air Monday to Thursday at 6pm on LBC and will also be televised live on Global Player.

To make way for the new show, afternoon presenter Eddie Mair returns to his original time slot of 4pm to 6pm, Monday to Friday, handing the baton of the 6pm to 7pm hour to Marr.

Andrew Marr said: “I’ve always thought journalism is about breaking stories, ruffling feathers and having some fun on the way. My new LBC show, Tonight with Andrew Marr is perfectly timed at 6pm, the end of busy political days, and stuffed with great guests, and will do just that.

In addition to his new programme, Andrew will write a regular column for LBC.co.uk.

Former Editor of BBC’s Live Political programmes Rob Burley has been hired as Executive Editor for the new programme, along with Matt Harris, who returns to LBC from Newsnight as Programme Editor.

Tom Cheal, Managing Editor of LBC: “I’m delighted to welcome Andrew to our brilliant line-up of presenters. Now with the freedom to share his views and broadcast in his own voice, Tonight with Andrew Marr will be packed with sharp opinion, insightful commentary and agenda-setting interviews, all delivered in Andrew’s fast-paced, vivid style.

“At a time when LBC is celebrating record audiences, it promises to become another unmissable moment in our schedule.”

Earlier this week LBC hired Emily Maitlis & Jon Sopel who will also be joining the line-up later this year.

Need a new or improved logo for your radio station? Visit OhMy.Graphics and see how awesome you can look.
Posted on Thursday, February 24th, 2022 at 9:16 am by RadioToday UK