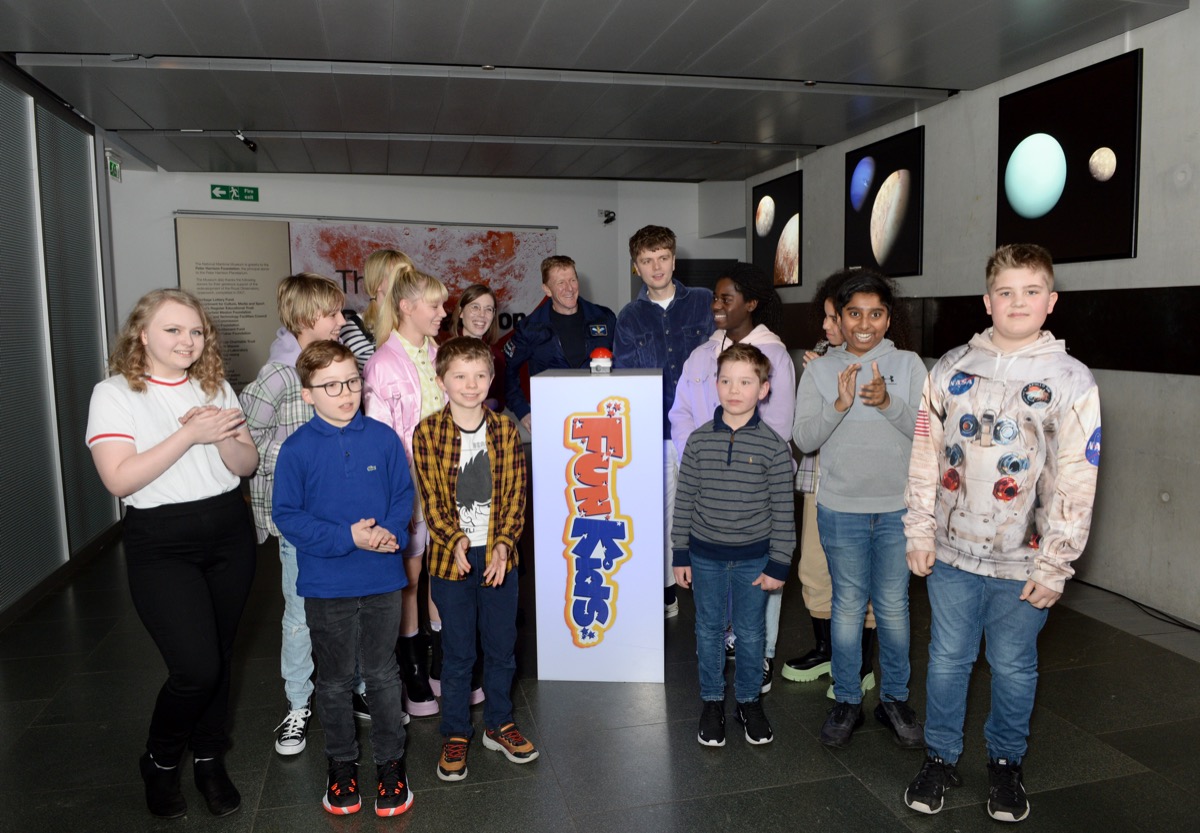 Fun Kids has achieved the Guinness World Record title for the First Radio Programme Beamed into Deep Space in a live event hosted at the Royal Observatory Greenwich.

Over the past two months, 2500 children around the country submitted audio recordings to be part of the broadcast. In Mission Transmission, kids’ messages are interwoven with the voices of space experts and astronomers who capture what it means to be a young person alive today, and inspire the next generation of space travellers.

With parabolic radio transmitters and wavelengths that clearly penetrate Earth’s atmosphere, there is no theoretical limit to the distance the signal can travel.

In anywhere from 4 to 400 billion years, a potential alien civilisation with similar technology to ours will be able to receive the message.

“Maybe someone many years from now will pick up our broadcast out in space and listen to our message all the way from another solar system!”

Need a new or improved logo for your radio station? Visit OhMy.Graphics and see how awesome you can look.
Posted on Tuesday, February 22nd, 2022 at 10:22 pm by RadioToday UK

Amazon Kids+ service launches with Fun Kids on board

Fun Kids bans all songs from the Frozen movie

Radio Wales and Fun Kids mark Dr Who at 50