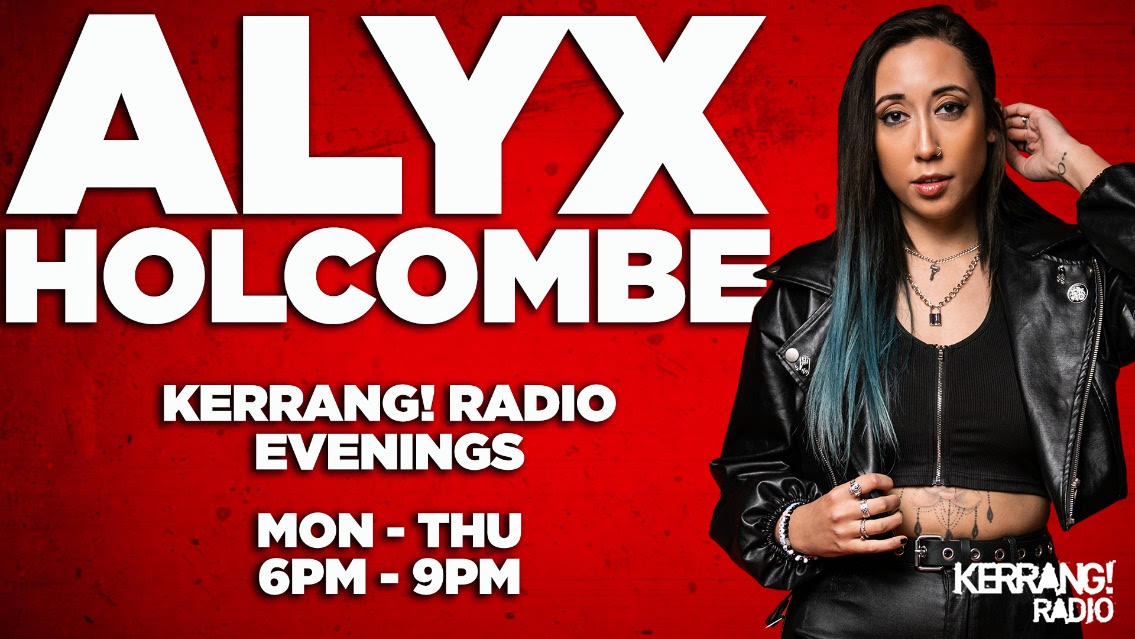 Podcaster and producer Alyx Holcombe has joined Kerrang! Radio this week to host a brand-new show from 6-9pm every Monday to Thursday.

Alyx says her goal for the new show is to celebrate everything new in Rock and Metal no matter how big or small the band is. She already hosts the podcast ALYX PLAYS PUNK and co-hosts ‘On Wednesdays We Wear Black’ which charted number #2 on Apple Music Charts.

“It feels very surreal joining the Kerrang! team, I’ve loved the station since I was young,” says Alyx. “I can’t believe I’ve got my own show?! My life feels very mad at the minute but in the best way possible. I can’t wait to start!”

“Her energy will strengthen both the station’s relationship with listeners and the music industry.”

I'M THE NEW HOST OF EVENINGS ON KERRANG 🎸🎙

If you told 12 year old Alyx she'd get her own show on @kerrangradio she wouldn't have believed you. 😭🥺🥰

So excited to make the show my own over the next few weeks.

Kerrang! breakfast presenter Sophie K revealed Aniimalia as the winners of the competition which saw over 1,000 entries and 13,000 public votes.

Ric added: “We were blown away by the quality of bands entering The Deal and how listeners engaged with it. Many congratulations to winners Aniimalia who now have a deal with a great label, are being produced by a great producer (Romesh Dodangoda) and are on the bill at Download.”

Need a new or improved logo for your radio station? Visit OhMy.Graphics and see how awesome you can look.
Posted on Thursday, March 17th, 2022 at 8:18 am by RadioToday UK