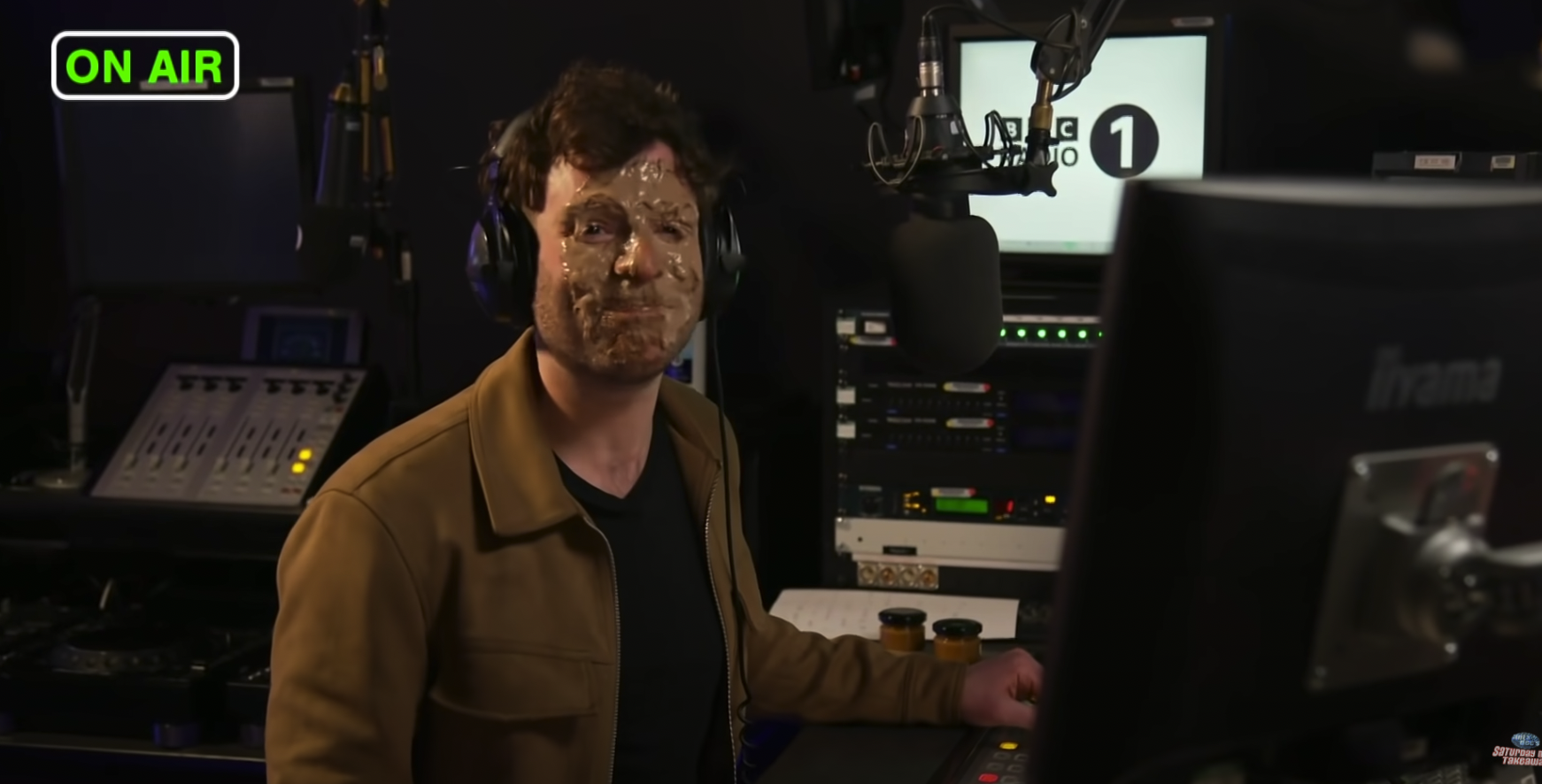 The daytime presenters at BBC Radio 1 took part in a new segment on Ant and Dec’s Saturday Night Takeaway over the weekend.

Stephen Mulhern was tasked with getting the on-air team to take part in on-air dares, where Stephen gave dares to the presenters during their shows.

Tasks/dares were given via large instruction boards and ranged from cracking an egg on your head, slagging off the competition on-air, swapping jeans live during a link, faceplanting a cake (well done, Jordan!), and calling guests by the wrong name.

Greg James, Rickie, Melvin and Charlie, Scott Mills and Chris Stark, and Vick and Jordan all took part in the competition, with the winning person or team appearing live on the TV show during Saturday evening.

We won’t spoil the ending for you, but you can watch the whole thing on YouTube.

Aled Haydn Jones, Head of Radio 1, tweeted “What’s @antanddec done to my station! No wonder everyone sounded weird on @BBCR1 on Monday. Thanks @StephenMulhern.”

What’s @antanddec done to my station! No wonder everyone sounded weird on @BBCR1 on Monday. 😂 thanks @StephenMulhern

Scott Mills and Chris Stark get Saturday mornings on 5 Live