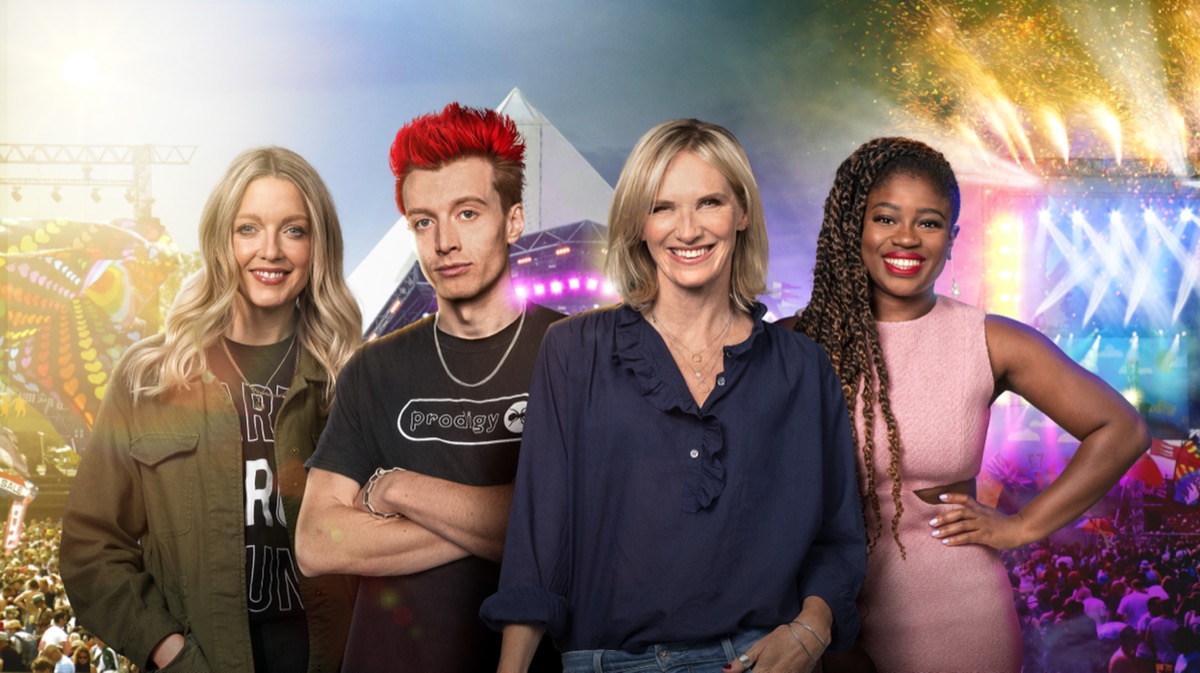 6 Music will be the main home of Glastonbury on the radio this year as the BBC plans full coverage of the music festival from Wednesday 22nd till Sunday 26th June.

The station will be live from the event, which this year will be featuring Diana Ross, Billie Eilish, Paul McCartney and much more.

Plus, Lauren broadcasts from the Worthy Farm gates as the first festival-goers enter the site during her Wednesday morning show.

Every track played between 5am-midnight will be from an artist who has played at Glastonbury in the past, or will be this year and there’ll be archive sets broadcast in each show.

Co-hosted special programmes from Matt Everitt & Nemone (7pm-9pm) and Tom Ravenscroft & AFRODEUTSCHE (9pm-12am) will air on the Friday and Saturday evening. Matt & Nemone will bring the audience the special moments from each day, plus interviews, news and a look ahead to what’s to come. Tom & AFRODEUTSCHE will take listeners across the stages in their show, bringing them live sets taking place that night.

Sunday’s live-from-site broadcasts are courtesy of Cerys Matthews (10am-1pm) and Jamz (1pm-4pm), before the network broadcasts Elbow – Road to Glastonbury (4pm-5pm), exploring the band’s relationship with the festival ahead of their performance on Sunday night on the Pyramid Stage. Nemone & Matt are back from 5pm-8pm with a review of Sunday and a look ahead to the last few hours of the festival. Finally, Steve rounds up an epic weekend from 8pm-12am, with a show featuring news, reviews, performance highlights and storming live sets, broadcast live from the final night of Glastonbury 2022.

Elsewhere, coverage kicks off on Radio 1 Dance on Thursday 23rd June from 7pm-12am, with a live broadcast of Radio 1 Dance’s takeover of the BBC Music Introducing Stage, hosted by Danny Howard and Jaguar. The programme will be simulcast on BBC Radio Somerset DAB.

Sian Eleri will be live from Pilton from 10pm-12am on the Friday night on Radio 1, to bring listeners the Pyramid Stage headline set from Billie Eilish. Plus, on the Friday, Saturday and Sunday, Vick Hope will be giving Radio 1 listeners regular live updates from Worthy Farm between 11am-3pm each day.

At 1Xtra, Tiffany Calver and DJ Target co-host a special show on the Saturday (9pm-11pm), which will be simulcast on Radio 1 and will feature live performances from some of 1Xtra’s favourite artists at Glastonbury. Tiffany is back on the Sunday (9pm-12am) with Kendrick Lamar live on the Pyramid Stage.

The Zoe Ball Breakfast Show comes live from Glastonbury on the Friday (7am-10am) on BBC Radio 2, featuring live music and artist interviews. Plus, Richie Anderson and Tina Daheley explore the site to preview the weekend and hear from music fans as part of the show.

On the Saturday, it’s Vernon Kaye’s All Request Glastonbury All Stars (3pm-5pm), featuring listener choices of artists who have played at Glastonbury, before Dermot O’Leary presents live from Worthy Farm (5pm-8pm) with the best of the festival so far.

Into the evening, listeners can enjoy Paul McCartney at the BBC (8pm-9pm), featuring some of Paul’s top performances and interviews from the BBC archives and then tune in to OJ Borg (9pm-12am), whose show will include highlights of Paul McCartney’s Pyramid Stage performance.

All Glastonbury programmes on BBC radio will be available to hear on demand on BBC Sounds after broadcast.

Need a new or improved logo for your radio station? Visit OhMy.Graphics and see how awesome you can look.
Posted on Tuesday, May 31st, 2022 at 10:17 am by RadioToday UK