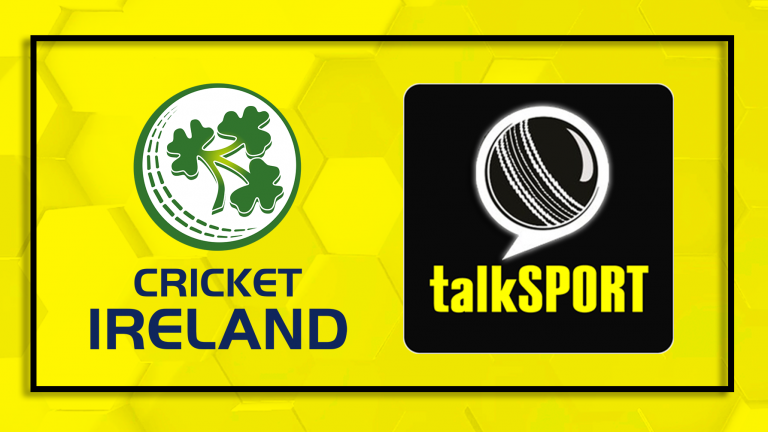 talkSPORT has agreed a new partnership with Cricket Ireland to broadcast Ireland’s 2022 home fixtures against India, New Zealand and South Africa across the UK and the Republic of Ireland.

The new partnership with Cricket Ireland will include live coverage of Ireland’s T20s and ODIs starting with the first T20 between Ireland and India on June 26.

Along with talkSPORT’s online coverage in the Republic of Ireland, talkSPORT is also linking up with its sister stations, FM104 and Q102 in Dublin, 96FM and C103 in Cork, Live 95 in Limerick, LMFM in Drogheda and U105 in Belfast, so listeners can hear extended coverage, with live guests, highlights and player reaction.

The rest of the team will be confirmed soon and will be supported by scorer Garry Morgan.

Head of talkSPORT, Lee Clayton said: “We’re delighted to be extending our award-winning international cricket coverage yet again in our new partnership with Cricket Ireland. talkSPORT’s all-star team will bring all the preview, analysis and live action for Irish cricket fans across our multi-platform cricket broadcast offering.”

Warren Deutrom, Chief Executive of Cricket Ireland, said: “It’s fantastic to see a broadcaster like talkSPORT recognising the value in covering Irish cricket as part of its sports content – not only does it boost the profile of Irish cricket, but is a win for the fans who have increasing ways of following the matches.

“This is the biggest summer of international cricket ever in Ireland, so we are excited to extend our broadcast reach via the talkSPORT network.

“Having recently signed a new five-year broadcast rights deal with Pitch International, this announcement demonstrates the growth in interest in the Irish game and we look forward to working with the talkSPORT team on delivering a quality service for the listeners.”

talkSPORT’s Cricket Editor, Jon Norman said: “I’d like to thank Cricket Ireland and Pitch International for their assistance in getting this project over the line. talkSPORT has invested heavily in promoting cricket on its network for a number of years and fresh from our extended coverage of the Women’s World Cup and the launch of our new County Cricket Show, I can’t wait for us to give the talkSPORT treatment to Irish cricket.”

Need a new or improved logo for your radio station? Visit OhMy.Graphics and see how awesome you can look.
Posted on Monday, May 23rd, 2022 at 5:23 am by RadioToday UK