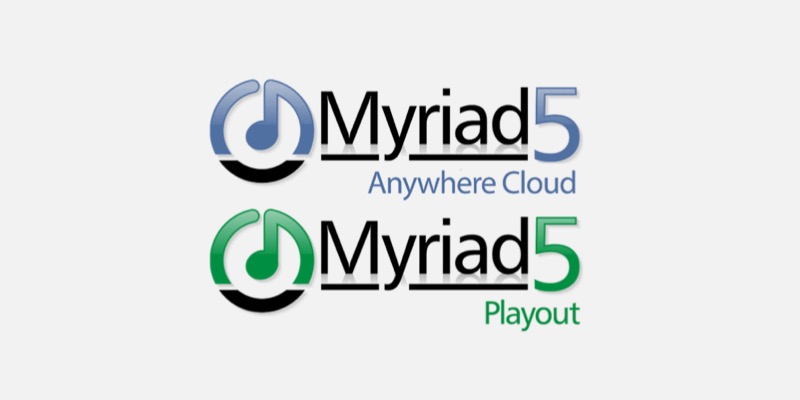 Broadcast Radio has brought out a major feature upgrade for its Myriad Playout software.

The release sees enhancements in both studio-side software in Myriad Playout and remote working tools via Myriad Anywhere.

Myriad 5 Playout now has a split playout facility for adverts and other content built-in allowing split advertising and branding as well as networking for multi-site stations.

More browser-based improvements have also been made including mass uploading content, managing users and recording directly into a media wall.

Need a new or improved logo for your radio station? Visit OhMy.Graphics and see how awesome you can look.
Posted on Sunday, July 3rd, 2022 at 12:41 pm by RadioToday UK