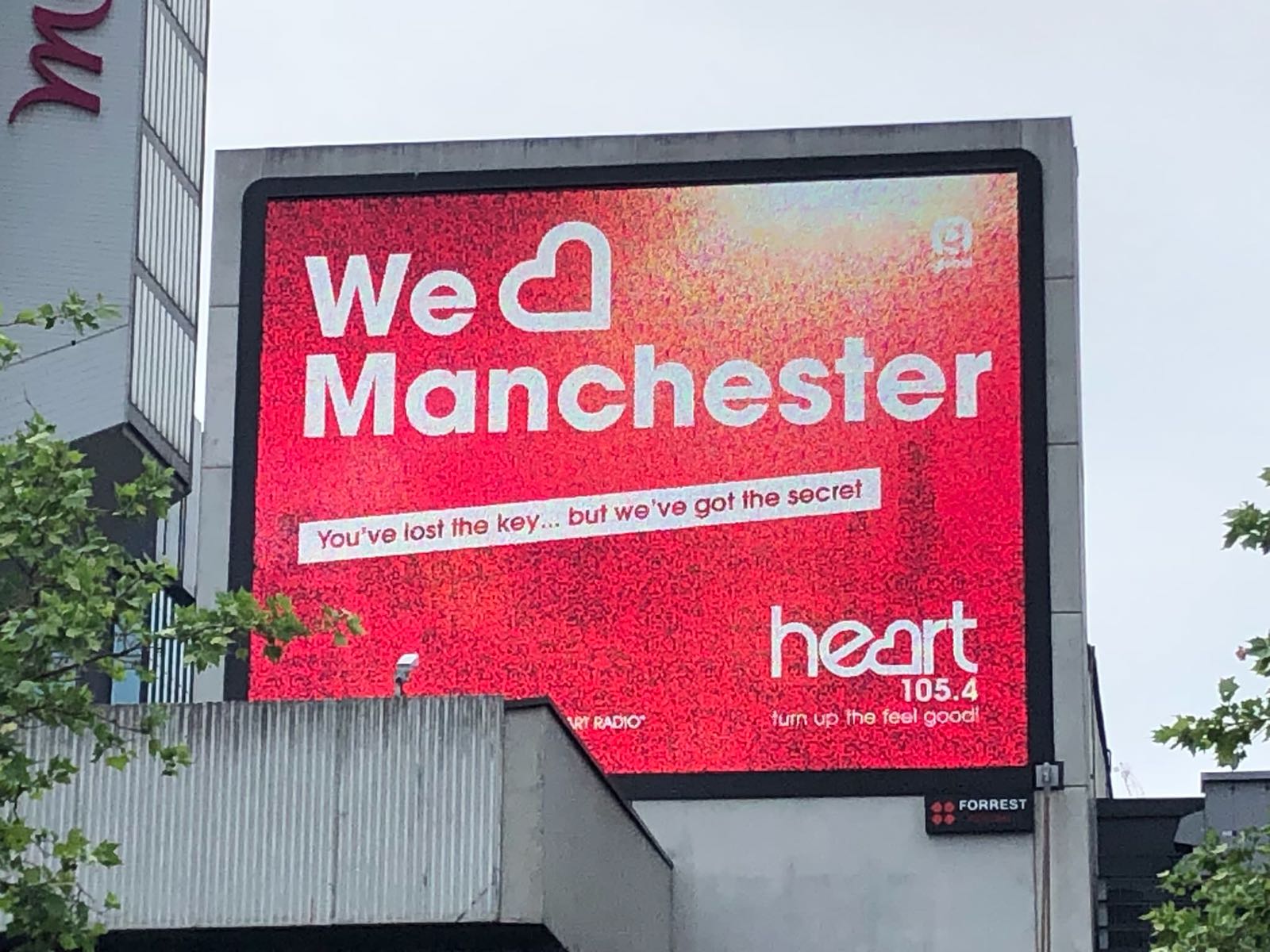 As Key 103 becomes Hits Radio, other stations in the Manchester market are using the opportunity to entice new listeners to try them out.

Hits Radio launched this morning, one of the biggest changes to radio in Manchester for many years. The station had been known as Key 103 since September 1988.

Heart North West has a cheeky billboard advert in the city, reading “You’ve lost the Key, but we’ve got the secret”

Heart’s response to @hitsradiouk launching in Manchester. This is a huge billboard in the centre of the city. pic.twitter.com/PKuCNZ8L4G

Communicorp’s XS Manchester has launched a new breakfast show too this morning, with Steve Berry joined by Sophie Sveinsson. Former Rock FM breakfast presenter Hywel Evans takes over the midmorning spot from Sophie, on air 10am-2pm. Steve and Sophie were also promoting a new competition to win a Vauxhall Astra for 3 years today too.

Over on Radio X, which is on FM in Manchester, Chris Moyles had £10,000 to give away this morning. The team got callers on and spun a wheel until it landed on the £10,000 sign – with the feature taking half an hour to find a winner, Paul from Sheffield who was the 13th caller.

Capital Manchester is going big on the Capital Summertime Ball, which takes place at Wembley this coming weekend. The station was giving away tickets for the gig on the breakfast show this morning, and had performer Jess Glynne on the show – she also appeared live on Hits Radio.

Smooth – the North West’s biggest station – is giving away £10,000 every week throughout June too, with the competition launching on air this morning.

And BBC Radio Manchester has just launched a new outdoor marketing campaign, using the slogan ‘Made in Manchester’. The poster features presenters Chelsea Norris, Mike Sweeney, Becky Want and Phil Trow. It’s interesting to note that Chelsea, Mike and Becky all used to work on Key 103/Piccadilly earlier in their careers! Need a new or improved logo for your radio station? Visit OhMy.Graphics and see how awesome you can look.
Posted on Monday, June 4th, 2018 at 9:51 am by RadioToday UK