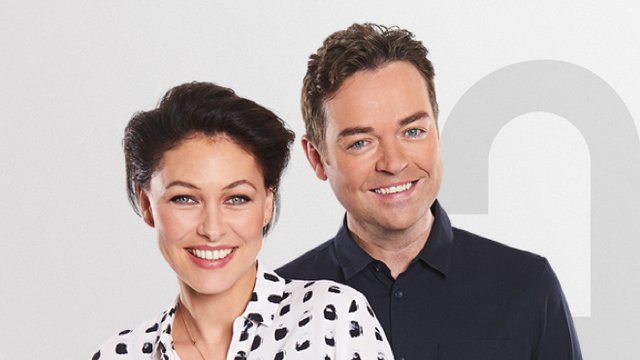 Heart weekend presenters Stephen Mulhern & Emma Willis are taking a break from the network over the summer.

Their regular Sunday morning 9am till 12pm show is now being hosted by Sian Welby for the time being.

They previously took a summer break in 2016 before returning to the show in August of the same year. Both Stephen and Emma have a number of other television commitments including The BRITS, Big Brother and Britain’s Got Talent, with Stephen about to start on a tour to film his own “In For A Penny In For A Grand” show.

They joined Heart six years ago in August 2012.

Am having my last day off for quite some time, hope you’re all well. Get ready all over the country ‘In For A Penny In For A Grand’ is coming your way!!!

A Heart spokesperson told RadioToday: “Emma & Stephen are taking a break from their Heart show over the summer. Sian Welby will be hosting Sunday mornings on Heart every week from 09.00 to 12.00.”

Need a new or improved logo for your radio station? Visit OhMy.Graphics and see how awesome you can look.
Posted on Wednesday, July 4th, 2018 at 11:02 am by Roy Martin