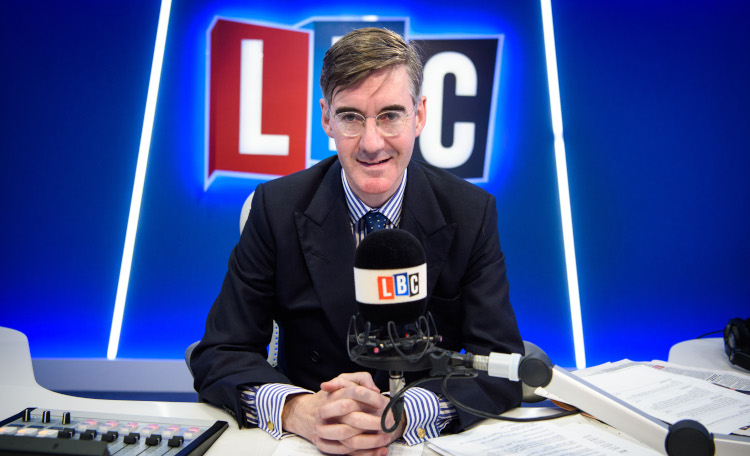 The MP for North East Somerset will take calls around the biggest stories of the day in a 60-minute programme.

The show will be broadcast live every Friday at 6pm from LBC’s studios in London, as well as from locations across the UK.

The new programme follows the success of Rees-Mogg’s live half-hour phone-in, every fortnight during Nick Ferrari at Breakfast. Launched last April, it gives listeners direct access to the MP, challenging him on the questions they want answered. He has also hosted a number of one-off programmes on the station.

Jacob Rees-Mogg said: “To present a weekly show on LBC at such a crucial time for our nation is an unmissable opportunity for me. Through the phone-ins with Nick Ferrari and the programmes I have already presented, I have thoroughly enjoyed conversing directly with LBC’s listeners. Their honesty, insight and wisdom have challenged and inspired me. While I will be behind the microphone, they will take centre stage. With Brexit at the top of the agenda and opinions running high, I look forward to finding out what the public really thinks over the next couple of months and to continuing the national debate on LBC.”

James Rea, LBC’s managing editor, said: “With the country in a state of political confusion, Jacob Rees-Mogg joins the LBC line-up during an extraordinary period. An outspoken voice on Brexit, he will bring his inside knowledge and vast experience in politics to Friday evenings on LBC, with our 2.1 million weekly listeners across the UK, as always, in the driving seat of the conversation.”

Need a new or improved logo for your radio station? Visit OhMy.Graphics and see how awesome you can look.
Posted on Friday, January 18th, 2019 at 8:44 am by Local Reporter