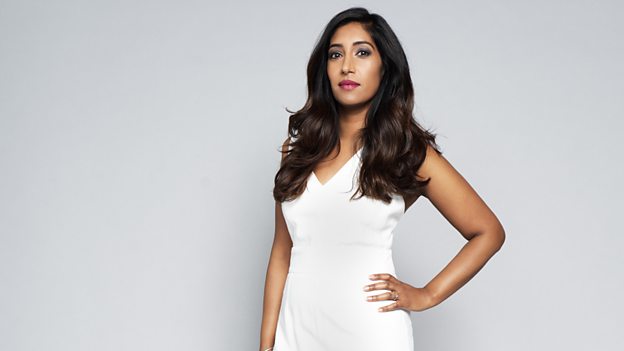 Zoe says: “I am thrilled to be joined by such a talented trio in the form of Richie, Tina and Mike. Now this top team are ready for Monday, we can’t wait for people to hear the show!”

Tina presented Newsbeat on Radio 1 as well as reading the breakfast news with Nick Grimshaw until last year – and before that was the sports news presenter on the Chris Moyles breakfast show. More recently she’s been presenting on BBC Breakfast, the Victoria Derbyshire TV show, Crimewatch and the main BBC News at Six and News at Ten.

Tina says “After ten years and three consecutive breakfast shows on Radio 1/1Xtra I swore I’d never do it again. But being asked to take over from my news idol and broadcasting legend Moira Stuart on the biggest Breakfast Show in the UK with the first female host in its history, it was an offer I couldn’t turn down! I can’t wait to start working with Zoe.”

Richie Anderson joins from BBC WM and says: “It’s an absolute dream come true to be joining The Zoe Ball Breakfast Show and work with Zoe and the rest of the amazingly talented team. In the practice shows we’ve done we’ve really bounced off each other and had such a laugh and I can’t wait for the rest of the country to join our little gang! I know my tummy will be doing cartwheels on the morning of the first show, I just can’t wait to get started now.”

Mike Williams has been at BBC Sport since 2011, and has worked across 5 live, the World Service, Asian Network and Radio 1. He was also on the Radio Academy’s 30 Under 30 list back in 2012, alongside new breakfast show colleague Graham Albans and names including Emma Barnett, Dave Masterman and Sam Jackson. Mike says: “In the late 90s, I used to get up early every Saturday morning to watch Zoe present Live & Kicking, so it’s now pretty mind-blowing to be joining her team on the brand new Zoe Ball Breakfast Show. This is a genuine dream job on the biggest show in the country and I can’t wait to bring the sports news to millions of listeners every morning.”

Carol Kirkwood will continue doing the weather as she has done on the Chris Evans breakfast show.

Helen Thomas, Head of Content Commissioning, Radio 2, says: “It’s wonderful that Tina Daheley will be bringing her news presenting expertise to The Zoe Ball Breakfast Show, joining Mike, Richie, Carol and of course Zoe to launch what I know will be an incredible show next week.”

See more about the new breakfast show from our sister site, OnTheRadio.co.uk.

With 5 days to go until the launch of The @zoetheball Breakfast Show, we can now announce her full team…

Meanwhile, Sara Cox has appeared on This Morning talking about the new schedule:

Need a new or improved logo for your radio station? Visit OhMy.Graphics and see how awesome you can look.
Posted on Wednesday, January 9th, 2019 at 4:21 pm by RadioToday UK