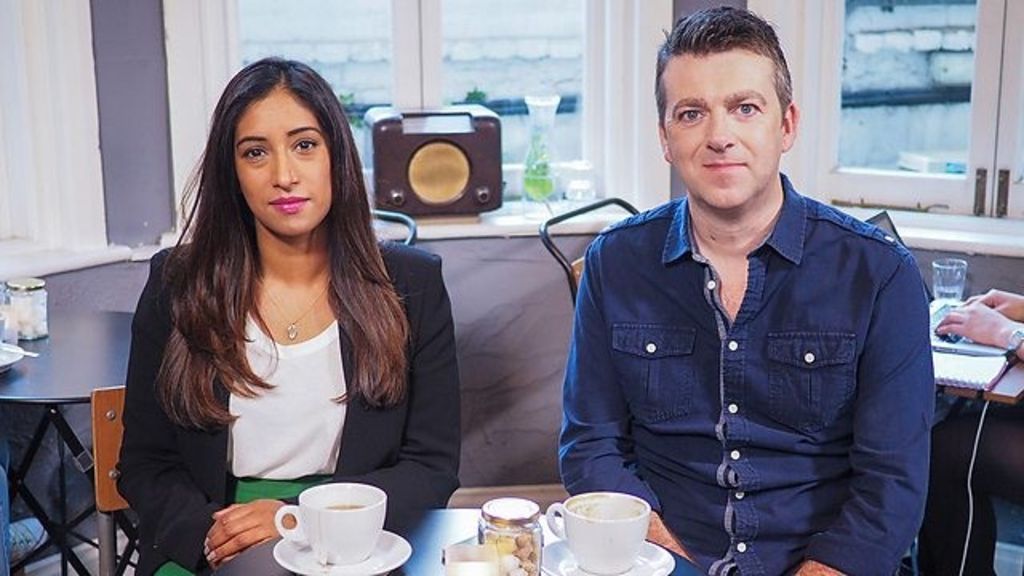 BBC Radio 1 news presenters Tina Daheley and Chris Smith are understood to be coming off air after more than 20 years of combined service to the station.

The changes come at the same time as major schedule changes from next month, which see Greg James take over the breakfast show and Nick Grimshaw move to drivetime. Both shows will air Monday to Thursday. Chris has been the main voice of news on daytime and afternoons on Radio 1 since 2011, while Tina has been on breakfast bulletins (just sports news initially) since 2010.

Chris wrote on Twitter: “I’ve been presenting the news on Radio 1 and 1Xtra for 7 years now. But as someone once said, ‘when the curtain comes down, it’s time to get off the stage’. So this is my last day on air before I vanish behind the scenes for a bit. Thanks for listening if you did!”

His last bulletin on air is expected to be the 5.45pm Newsbeat tonight (Friday).

Chris joined Radio 1 in 2007 from Absolute Radio where he’d been the newsreader and co-host on the Christian O’Connell breakfast show. Prior to that he’d been on air with Christian at XFM London, following earlier stints as a journalist and newsreader at Chiltern Radio and Heart 106.2. He took over as the regular afternoon newsreader on Radio 1 in May 2011, and regularly presents both the 12.45pm and 5.45pm extended Newsbeat programmes. He’s been a big part of the Greg James drivetime show over the last few years, and co-host of the show’s weekly podcast. Together with Greg, Chris is the co-author of the children’s book Kid Normal.

Tina joined the BBC in 2007 and her radio work has included hosting the news programme on 1Xtra, being the Radio 1 sports newsreader on the Chris Moyles Show from 2010 until September 2012, and the main newsreader with Grimmy since then. She is also known for her work presenting ’60 Seconds’ on BBC Three, presenting Crimewatch with Jeremy Vine and working as a cover presenter on BBC TV News shows including BBC Breakfast, Victoria Derbyshire and Panorama. In May this year she made her debut on the BBC News at Six and last month presented the BBC News at Ten for the first time. She appeared on the BBC pay list in July for the first time, showing that she earned between £150,000 and £159,999 from the BBC during the 2017-18 financial year.

I've been presenting the news on Radio 1 and 1Xtra for 7 years now. But as someone once said, "when the curtain comes down, it's time to get off the stage." So this is my last day on air before I vanish behind the scenes for a bit. Thanks for listening if you did! pic.twitter.com/W8WLpHfAOk

Thanks for six years of lols + news and weather interruptions @grimmers ❤️ pic.twitter.com/CKTzr7xU6g

Two @BBCNewsbeat stars are leaving us ??? @BBCR1
Love working with you both and being inspired daily @TinaDaheley + @itschrissmith #Newsbeat #Radio1 pic.twitter.com/o7nvbc32B6

If you’re a fan of Chris Smith you want to listen to tomorrow night’s 5:45 Newsbeat bulletin.

After 10 years of setting an alarm, it’s time to say goodbye to @TinaDaheley on the ???

We’ll always have the memory of arriving at Buckingham Palace 10 mins early to spend the evening with royals and having to stand in the torrential rain in our new get up. ?☔️? pic.twitter.com/DGFZHVaV2r

It’s time to say goodby to this @BBCNewsbeat legend @bbcdanw – been with us for more than 10 years. His love for Newsbeat knows no bound & as he puts it “he bleeds Newsbeat” but time to move on to @Moneybox – we will miss you immensely ?? pic.twitter.com/hTndS079Vj

Need a new or improved logo for your radio station? Visit OhMy.Graphics and see how awesome you can look.
Posted on Friday, August 10th, 2018 at 9:46 am by RadioToday UK