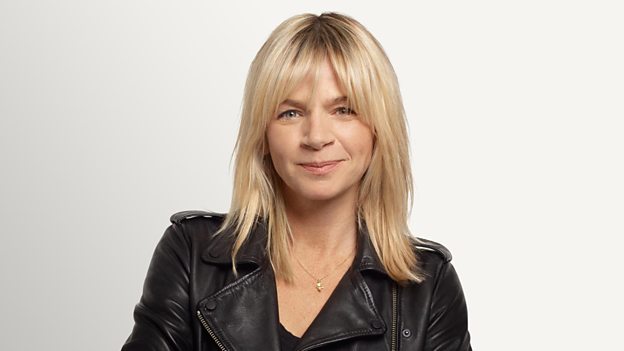 The last Chris Evans Breakfast Show will take place on Christmas Eve, with Zoe Ball taking over on Monday 14th January at 6.30am till 9.30am.

In addition to the start date, which is one week earlier than Chris Evans’ start date on Virgin Radio, we now know who the travel, weather and sport presenters will be.

Richie Anderson, who will be on travel news duty, has tweeted “So excited to say that in 2019 I’ll have a new home.. You’ll be able to hear me every morning on the brand new Zoe Ball⁩ Breakfast Show. It’s my dream job and it still hasn’t really sunk in yet!”

Richie joins the Breakfast Show from BBC WM, and he’s also been a reporter for The One Show and on the red carpet at various events such as the BBC Music Awards and Sports Personality Of The Year.

Sport will be read by Mike Williams. He joined BBC Sport in 2011 and has since worked as a sports reader at 5 Live, World Service, Asian Network, Newsbeat and has previously covered duties on the Radio 2 Breakfast Show.

Weather will be presented by Carol Kirkwood, the main weather presenter for BBC Breakfast, who is currently part of the Chris Evans Breakfast Show.

The new show will be produced by Graham Albans, who also works on the current show.

Zoe says: “I’m absolutely thrilled to be following in the giant footsteps of Chris Evans as the host of the Radio 2 Breakfast Show. To be the first woman to present this very special show is both an honour and privilege. Believe me, I’m not underestimating the enormity of the task ahead, to follow not one but two of my broadcasting idols, into such a well-loved show is somewhat daunting but I hope, in the same way that Chris made this show his own after taking over from the wonderful Sir Terry Wogan, that with a top team alongside me, I can bring the fabulous Radio 2 audience a show they want to wake up to.”

So excited to say that in 2019 I’ll have a new home …. ⁦@BBCRadio2⁩ – You’ll be able to hear me every morning on the brand new ⁦@ZoeTheBall⁩ Breakfast Show ???

It’s my dream job and it still hasn’t really sunk in yet! https://t.co/M8PoYmjJlY pic.twitter.com/mLHloTy3DZ

Chris Evans is taking most of his current team with him to his new show on Virgin Radio, including Vassos Alexander, John Dutton, Rachel Horne and Ellie Davis.

Excited to finally announce that I will be reading the sport on the brand new ‘Zoe Ball Breakfast Show’ on @BBCRadio2 from next year! ⏰?

A genuine dream job on the biggest show in the country & I can’t wait to get started with @ZoeTheBall + the team ?https://t.co/KLRWOpCQV6 pic.twitter.com/HECeL9zH1T

Need a new or improved logo for your radio station? Visit OhMy.Graphics and see how awesome you can look.
Posted on Friday, December 21st, 2018 at 9:37 pm by Roy Martin

Podcast: Ball bags breakfast and the round table returns