Global starts selling its radio buildings ahead of networking

Global has put its headquarters in Portslade near Brighton on the market after announcing the closure of this and another 10 other sites.

The commercial property, at Radio House, Franklin Road, Portslade, East Sussex, is on the market for £1.1million.

It is described as radio studios and former offices over ground and first floors with extensive surface car parking, 18 car spaces and a modern internal specification.

The building is home to Heart Sussex, which was previously known as Southern FM. It started life as a radio station when it was converted from a cinema to house Southern Sound.

Capital Brighton has also been broadcasting from this building since it replaced Juice 107.2 in September last year.

Both Heart Sussex and Capital Brighton will be merged with stations based near Southampton – starting with Capital this coming Monday, 8th April.

This is a highly expected move but it does highlight the reality of what deregulation means beyond the cutting of staff and locally-made programmes.

After a quick search, none of the other buildings currently in use by Global earmarked for closure are on the market yet. Some buildings are leased and will just be handed back, others are owned outright so we can expect to see a few more hit the commercial section of Zoopla before long. 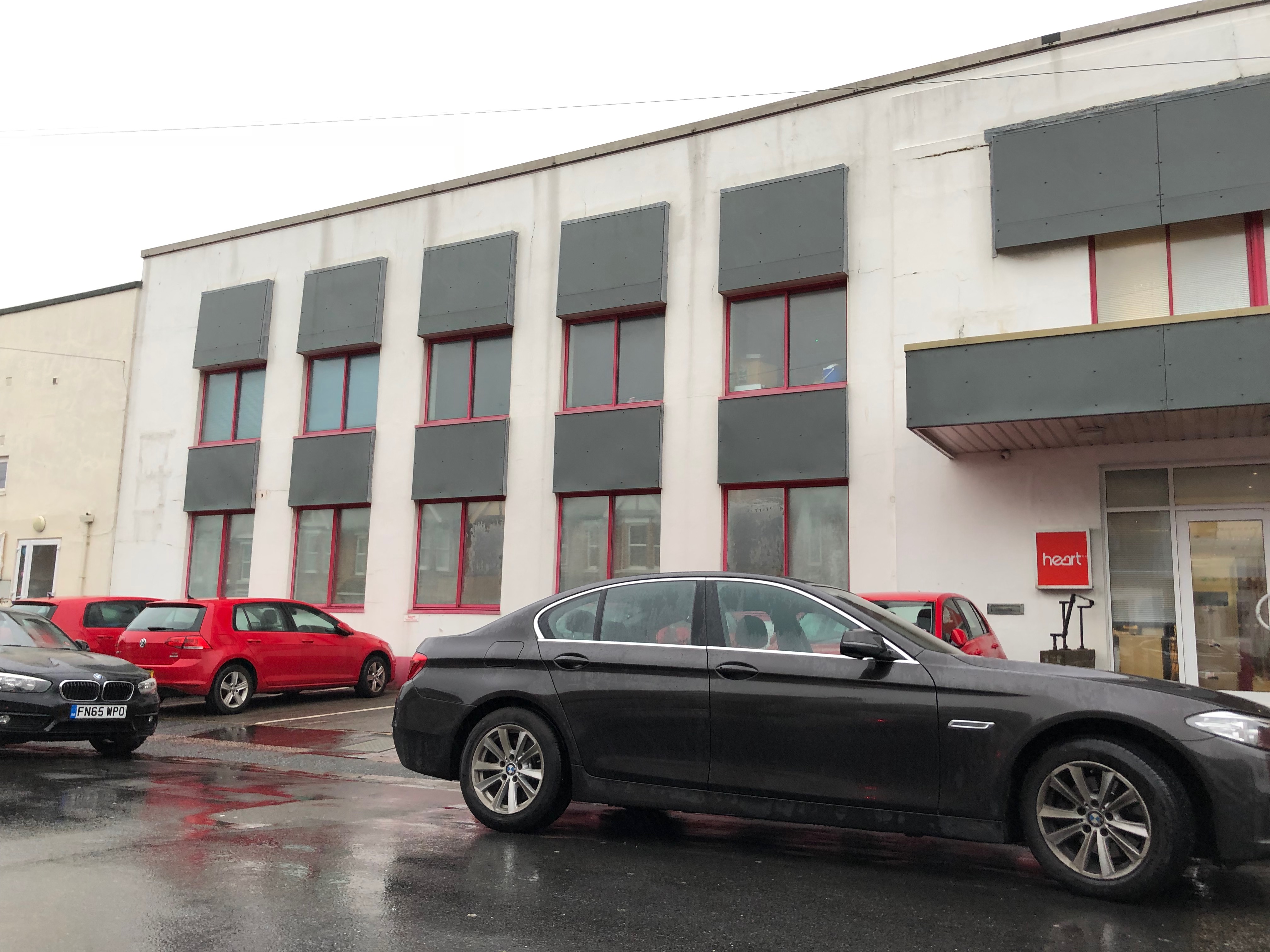 It's easy to put travel news on your radio station, from £25 a month for online stations. See RadioTravelNews.com for details and same day set up.
Posted on Thursday, April 4th, 2019 at 9:08 pm by Roy Martin