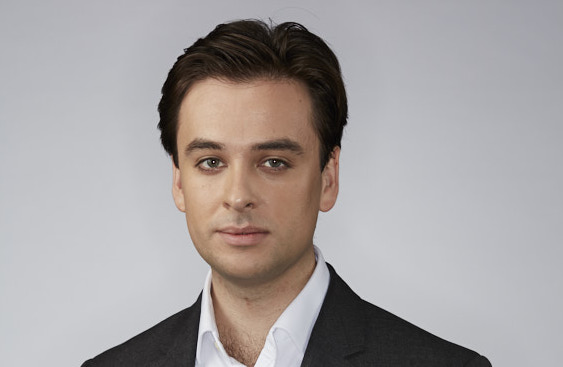 Wireless has announced the promotion of talkRADIO’s political editor, Ross Kempsell, who’ll now head up politics output across all its stations.

Ross joined the station last summer from political blog Guido Fawkes where he’d been chief reporter. The new role sees him become Political Editor, National Stations – and means he will be responsible for coverage across talkRADIO, talkSPORT and Virgin Radio.

He told RadioToday: “I am thrilled to have been promoted. The last year has seen us revolutionise the way that talkRADIO covers politics. We are not only breaking major news stories and new lines live on air, but driving real-time analysis and calling on heavy hitters from across the political spectrum to make the station the radio destination for politics. I am excited to have a wider remit to shape coverage across Wireless’ three national stations, including talkSPORT and Virgin Radio, at such a pivotal time in the UK’s modern political history.”

Wireless CEO Scott Taunton says: “Ross is a first class operator with a contacts book and on air presence which has seen talkRADIO raise its political game significantly in the last year. The next months and years will see UK politics become even more important to the national debate, and Ross will shape our coverage as talkRADIO, talkSPORT and Virgin Radio all continue to grow.”

Ross’ previous work includes for the news agency FameFlynet and as a freelancer in the national and local press.

talkRADIO has this week joined the fellow Wireless stations in the NewsUK building at London Bridge, making the move from the old studios at Hatfields.

Look at @talkRADIO’s amazing new home at @NewsUK alongside sister stations @talkSPORT and @VirginRadioUK – and the view from my new desk. Listen out for top guests in our new studios all week https://t.co/HRIS9ToEFL pic.twitter.com/qkBcNQuvLI

Today we began a new era for @talkRADIO’s political coverage as we move in alongside @talkSPORT @VirginRadioUK @thetimes @TheSun. Lots more to come at https://t.co/RvkWvKE5xH pic.twitter.com/rnSyt0g1y0