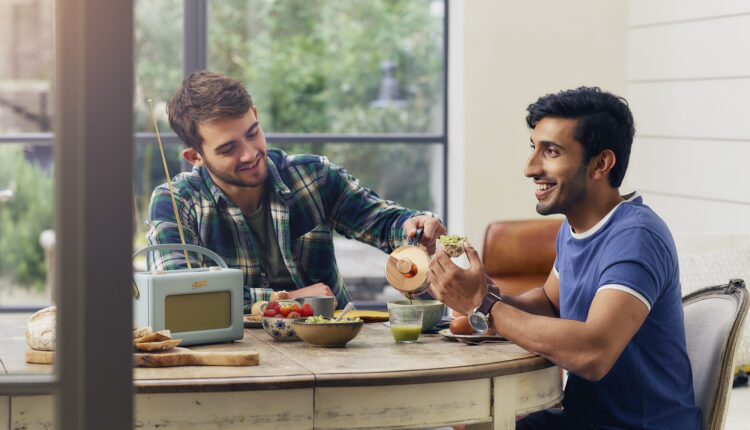 It finds that the radio industry has made progress in the last 12 months, and Ofcom commends parts of the radio sector that have made ‘significant strides’ in the last year.

The report also acknowledges that initiatives and actions to tackle under-representation do not always have an instant, positive effect on the data, due to the time it takes to bring about culture change.

Bauer has the lowest proportion of minority-ethnic employees, but the company is rolling out a new process around recruitment to change the way it attracts and recruits new people. Since the 2017 report, Bauer has seen a marked increase in employees self-defined as disabled from 3% to 9%, matching the BBC.

An Ofcom podcast – Dialling up Diversity in Radio – accompanies today’s report. In it, senior leaders from the BBC, Bauer and Global speak frankly about diversity to Vikki Cook, Ofcom’s Director of Content and Media Policy.

Ofcom’s duty is to hold broadcasters to account on their arrangements, under their licences, to promote equal employment opportunities and training in relation to gender, racial group and disability.

The study finds that:

Nine major broadcasters provided data on all six characteristics in 2018, up from just two in 2017. Around twice as many are now measuring their employees’ age and religion or belief. And where just two major radio companies recorded data on sexual orientation in 2017, 10 did so in 2018.

But gaps remain. There is still no data for 10% of radio industry employees about their racial group; 13% about disability; 15% about sexual orientation; and 15% about religion or belief. The problem is more acute for industry freelancers; 25% of gender data remains missing; 44% for racial group and 58% for disability.

Dee Ford CBE, Group Managing Director, Bauer Radio tells RadioToday about the results: “The report appreciates and encourages the commitment we have demonstrated towards increasing our diversity. However, we still have much to do if we are to achieve our goal of achieving a workforce which is representative of the communities we serve.

“We are very aware of our challenges. We must increase the proportion of our workforce from a BAME background, a community which remains significantly under-represented at Bauer. We also have a continuing challenge around the number of women in our programming teams and in senior management.

“We are rolling out a new process around recruitment to change the way we attract and recruit new people into Bauer. This extends to the ways we develop and progress our people. We want to ensure Bauer is a great place to do great work for all.”

As the radio regulator for the whole UK, its nations and regions, Ofcom must also reflect the society it serves. Ofcom too has further to go in meeting internal targets, broadening the diversity of boards and advisory committees, and improving its own data.

Vikki Cook, Ofcom’s Director of Content and Media Policy said: “There’s still a long way to go before the radio industry reflects the communities it broadcasts to around the UK.

“But broadcasters are making progress, and recognising the cultural and commercial benefits of a diverse workforce. We’ll keep supporting their efforts to draw on the best talent across the UK, so they can make even better radio and stay relevant to the widest possible audience.”

Today’s report identifies tangible progress by broadcasters towards broadening their workforces and promoting equal opportunities. Ofcom is calling on the radio industry to build on this progress in the coming year, by:

To compile data for the report, broadcasters with 20 or more employees provided Ofcom with data on the make-up of their organisations. It was mandatory for stations to provide information about the gender, ethnicity and disability status of their employees, while data on age, sexual orientation and religion were voluntary.

Ofcom’s study follows the publication of Tuning In to Diversity, Radiocentre’s complementary report which details initiatives undertaken by the industry, as well as drawing on data from smaller specialist stations like Panjab Radio, Mi-Soul Radio, London Greek Radio, Sabras Radio and Sunrise Radio, and the work they do in their local communities.

Radiocentre produced the report in part to celebrate the diversity of these smaller broadcasters, who aren’t captured by Ofcom’s report due to its focus on larger organisations.

Published at the beginning of July and launched at a Parliamentary summer reception, some of the initiatives highlighted in Tuning In to Diversity include efforts to widen the talent pool coming into the radio and audio sector, including the Young Audio Awards for young people aged 8 to 18.

Tuning In to Diversity also showcased commercial radio’s success with diverse audiences, reaching 62% of black, Asian and minority ethnic (BAME) listeners compared to a 44% by BBC services. The share of listening hours among BAME listeners is also significantly higher than average at 57% for commercial radio, compared to 37% for the BBC. (RAJAR Q1 2019).

Siobhan Kenny, CEO of Radiocentre, said: “This second round of diversity data on the radio industry provides further helpful insight into the makeup of our sector. Ofcom’s survey dovetails with our own new diversity report, which highlighted that some of the smallest radio stations have the most powerful stories to tell on diversity.

“Over the past year we have also launched the Young Audio Awards, new awards for 8-18 year olds that aim to nurture and encourage the next generation of broadcasting talent, as well as hosting another joint industry radio masterclass. We are making progress but of course there is more work to do.”