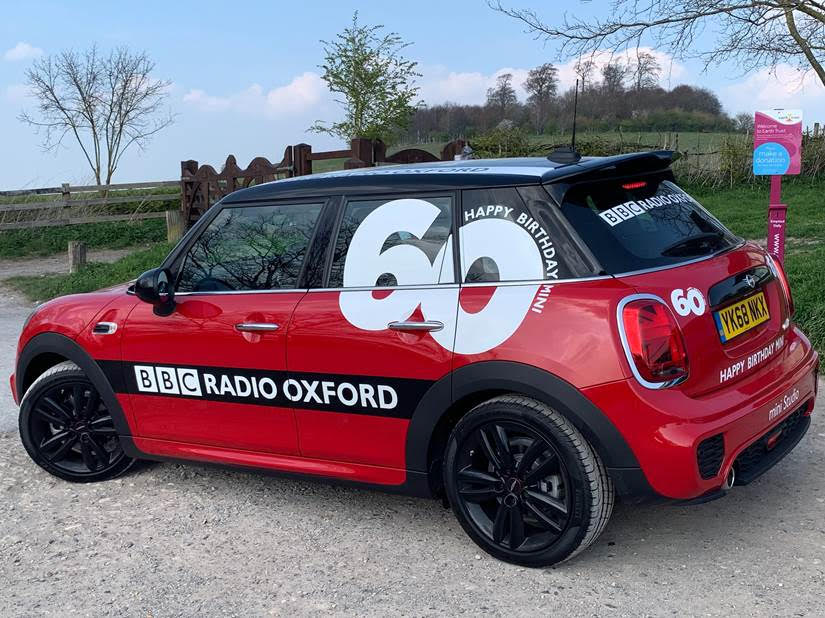 BBC Radio Oxford wants Mini owners to come along to its Great Big Mini Cavalcade to celebrate 60 years of production.

On Bank Holiday Monday, 26th August, Minis old and new will travel together from Plant Oxford in Cowley, around the city’s Northern Bypass to Cutteslowe Park. There, the birthday celebrations continue as they join other examples of Oxford’s history of car-making at the Cowley Classic Car Show.

Will Banks, Assistant Editor, BBC Radio Oxford said, “It’s going to be a great spectacle – roads we’re all used to driving on are going to become the centre of a great celebration of an Oxford classic.

“For 60 years, car lovers from the four corners of the globe have wanted to own their own little piece of this massive motoring institution and now, we’re bringing 60 of them home for a fantastic birthday bash.”

Tanya Field, co-organiser and Mini-enthusiast extraordinaire said, “I’m really looking forward to the Great Big Mini Cavalcade. It’s a great way to celebrate 60 years of the Mini, a car which means so much not just to Oxford but to people all over the world.”

BBC Radio Oxford would love to hear from anyone who has a Mini, old or new, who would like to be part of the parade.

There are limited spaces available and participants need to be available from 8.30am until mid-afternoon on the August Bank Holiday. To apply, email mini60@bbc.co.uk explaining why you think your Mini should be one of the 60.

Need a new or improved logo for your radio station? Visit OhMy.Graphics and see how awesome you can look.
Posted on Monday, August 12th, 2019 at 11:57 am by Matthew Hardman

Howard Bentham is sad to be leaving Breakfast