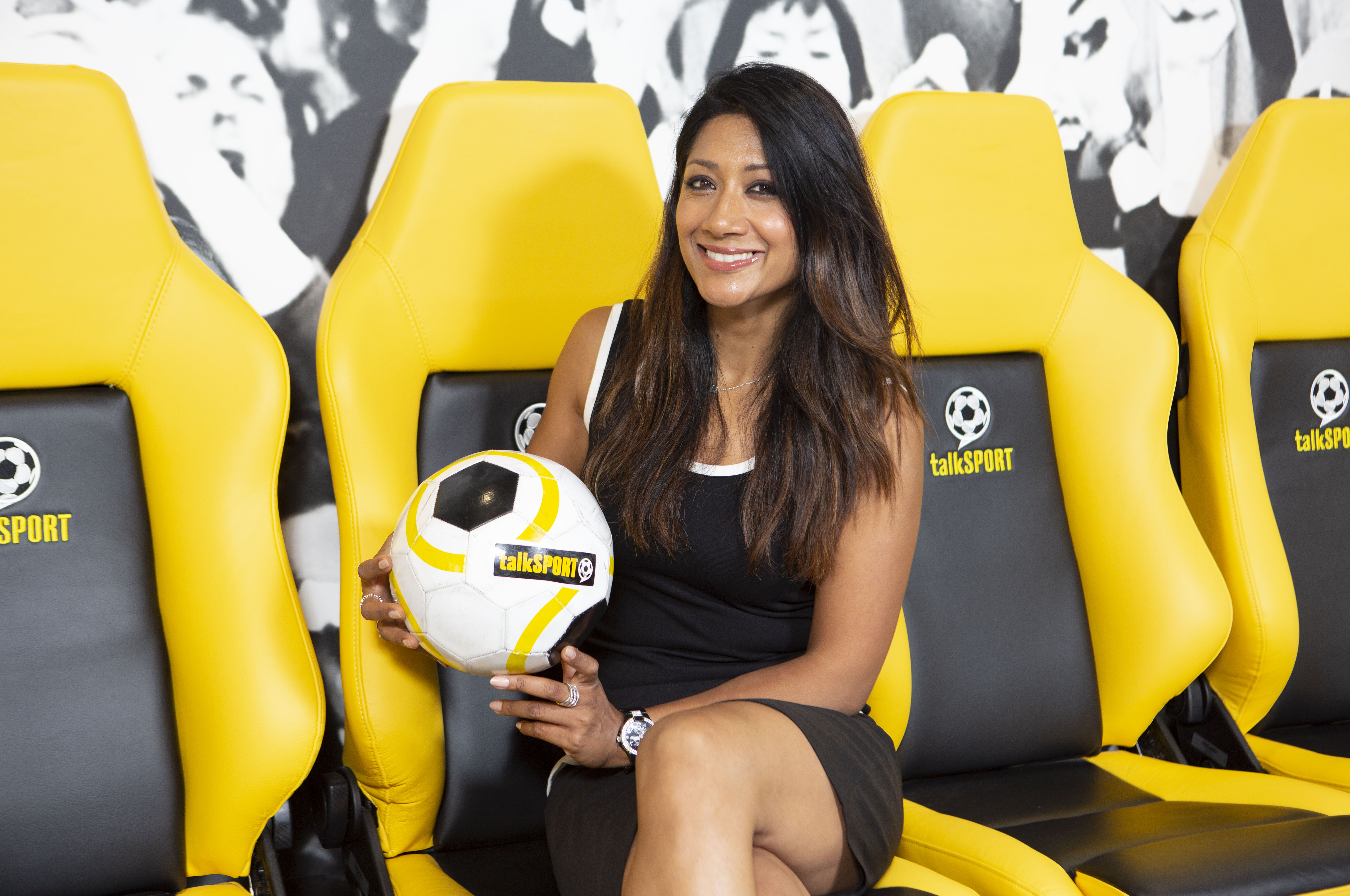 Saturdays will be known as ‘GameDay’ on talkSPORT as the station announces a new line-up of presenters for the start of the new Premier League season.

The station has the rights to broadcast live matches at 12.30pm, 3pm and 5.30pm on Saturdays this year – and has increased the number of top flight games it will commentate on by more than a quarter.

Reshmin will lead the Saturday football coverage from 11am, while Mark Saggers hosts Sunday’s Match Day Live. Laura Woods and Darren Bent look after the 5.30pm kick-off on Saturdays, staying on till 10pm with the reaction in ‘GameDay: Your Verdict’.

A new Friday night panel chat show – GameDay Countdown with The Friday Night Crew – will be hosted by Laura Woods, while Charlie Baker presents a new football comedy quiz called Glory Hunters in the 9.30-11am slot on Sundays. He’ll be joined by regular team captains Luke Moore and Natalie Sawyer, who is also going to co-host talkSPORT mid-mornings with Jim White.

Saturday mornings 9-11am will be hosted by Max Rushton and Charlie Baker under the banner ‘GameDay Warmup’; while The Saturday Phone-In with Adrian Durham will take calls from fans from 5pm on talkSPORT before switching to talkSPORT 2 during the teatime commentary.

And the station’s launching two new podcasts for the new season. talkSPORT Daily will be published first thing each weekday morning, and GameDay will cover previews, reaction and analysis across the weekend.

talkSPORT’s new lead presenter, Reshmin Chowdhury said: “Saturday is GameDay and there’s nowhere quite like talkSPORT to capture all the drama. It’s a real honour to front talkSPORT’s GameDay coverage and what a team it is to join. We’ll be on hand with all the build up, the exclusive live action and in-depth post match analysis to make sense of all the day’s action.”

Darren Bent said: “I’m delighted to be joining the fantastic team at talkSPORT for the new season. I’ve always enjoyed a great relationship with all of the team there and have thoroughly enjoyed the guest shows I’ve done with the station. After announcing my retirement with them a couple of weeks ago, I am now excited for the future and a new career in the media with talkSPORT.”

Trevor Sinclair said: “I can’t wait to start the season with the West Ham v Man City game, covering two of my old clubs as the first of talkSPORT’s new-look GameDay. When you put these two sides together and you throw this talkSPORT team into the mix, you can expect fireworks!”

Head of talkSPORT, Lee Clayton said: “talkSPORT is now the GameDay destination for live Premier League action on the radio and the only radio network delivering live coverage from the first kick to the final whistle on Saturdays. This season we have brought in exciting new talent to front our coverage alongside the regulars our listeners have come to love. And by launching fun new show formats and a shake-up of the schedule across the station, we are cementing talkSPORT’s place as the football station.”

Here’s the new weekend schedule for the station: