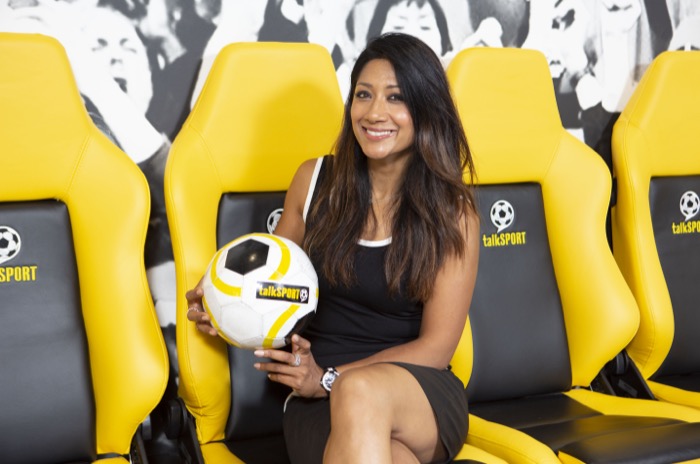 Nine football commentaries will be broadcast by talkSPORT this Boxing Day – with multiple streams available via the station’s app.

The station will cover games kicking-off at 12.30pm, 3pm, 5.30pm and 8pm, plus the live game the following day – and the New Year’s Day fixtures.

All six 3pm games will be played simultaneously on the talkSPORT app, where they will have a choice of matches.

Tottenham will host Brighton in the 12.30pm kick off, hosted by Reshmin Chowdhury, Manchester United will be at home to Newcastle at 5.30pm and Liverpool travel to Leicester for the 8pm game.

talkSPORT 2 will also be broadcasting cricket coverage live from Centurion, as England take on South Africa in the first Test Match at SuperSport Park. Mark Nicholas will be joined by Darren Gough, Matt Prior, Steve Harmison and Gareth Batty with live coverage from the opening match of the series.

Head of talkSPORT Lee Clayton said: “We know Saturday is GameDay and now Boxing Day on talkSPORT is too. In an unprecedented day of sport for the network, the fans’ favourites will be there for all the post-Christmas action from The Premier League to South Africa.”

Wireless CEO Scott Taunton said: “With all the Boxing Day fixtures and the opening Test Match of England Cricket’s South Africa tour, this could be the greatest ever day of live sporting action across the talkSPORT network.

The GameDay campaign has already drawn in record audiences and is cementing talkSPORT as the go-to destination for live football along with 24/7 chat, breaking news and analysis.”

It's easy to put travel news on your radio station, from £25 a month for online stations. See RadioTravelNews.com for details and same day set up.
Posted on Thursday, October 17th, 2019 at 5:34 pm by Duty Reporter