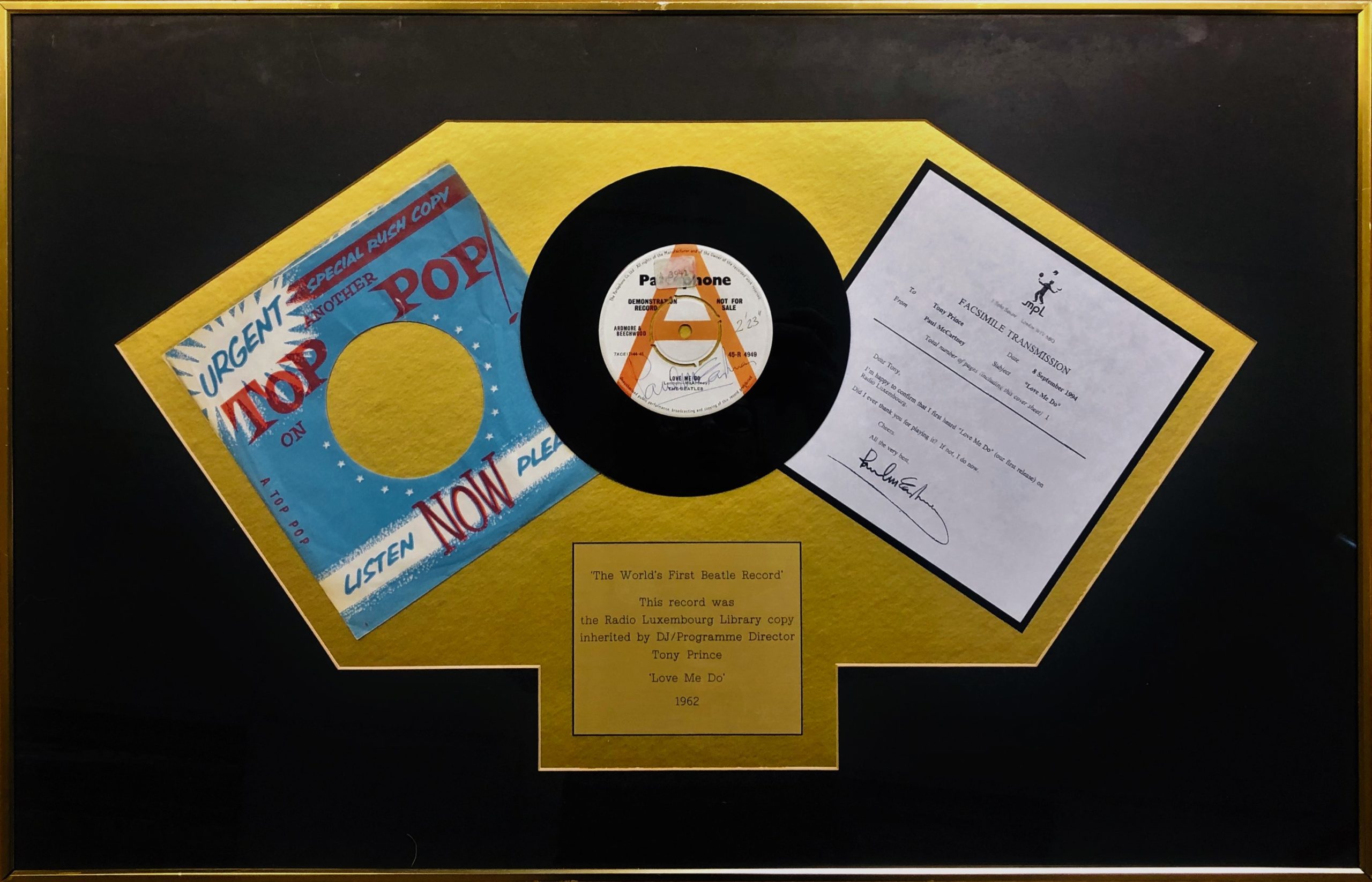 The former Radio Caroline and Radio Luxembourg DJ has collected many items of memorabilia which are available via Omega Auctions.

At the top of the list in his first auction is the promotion copy of the Beatles first release ‘Love Me Do’ which was first aired on Radio Luxembourg.

Tony inherited this single, which has a spelling error of Paul McArtney, when he and colleagues were called to make room in the station’s record library.

Paul McCartney has since signed the correct spelling of his name on the label, at Tony’s request. 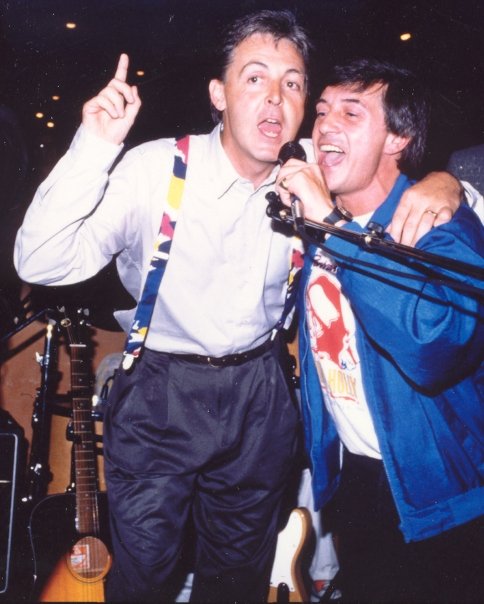 Other items Tony is releasing on 28th January 2020, include Elvis’ transistor radio – a gift to the king from RCA, gold embossed EAP with his ranch address on the reverse.

Plus letters signed by all members of Queen, a personal letter from Joe Cocker thanking him for playing ‘Marjorine’, a rare Schwinn Beatles Yellow Submarine bike, Dr.Feelgood limited edition Toby Jugs and the one-off bronze bust of Elvis Presley
by David Wynne OBE commissioned by Tony.

There are thousands of albums singles, sheet music, autographs and press photographs which will be grouped over the forthcoming auctions.

Tony Prince told RadioToday: “It was Radio Luxembourg that helped the Beatles to launch their phenomenal career. Radio Luxembourg was the only station playing Beatles from Day 1 and the record I have placed in the auction is undoubtedly the very record that started the fan stampede.

“Now The Beatles will help the DJs as we independently bring personality and much more music back to radio with UNITED DJs RADIO.”

United DJs is broadcast on a number of Small Scale DAB Multiplexes in the UK in addition to online.