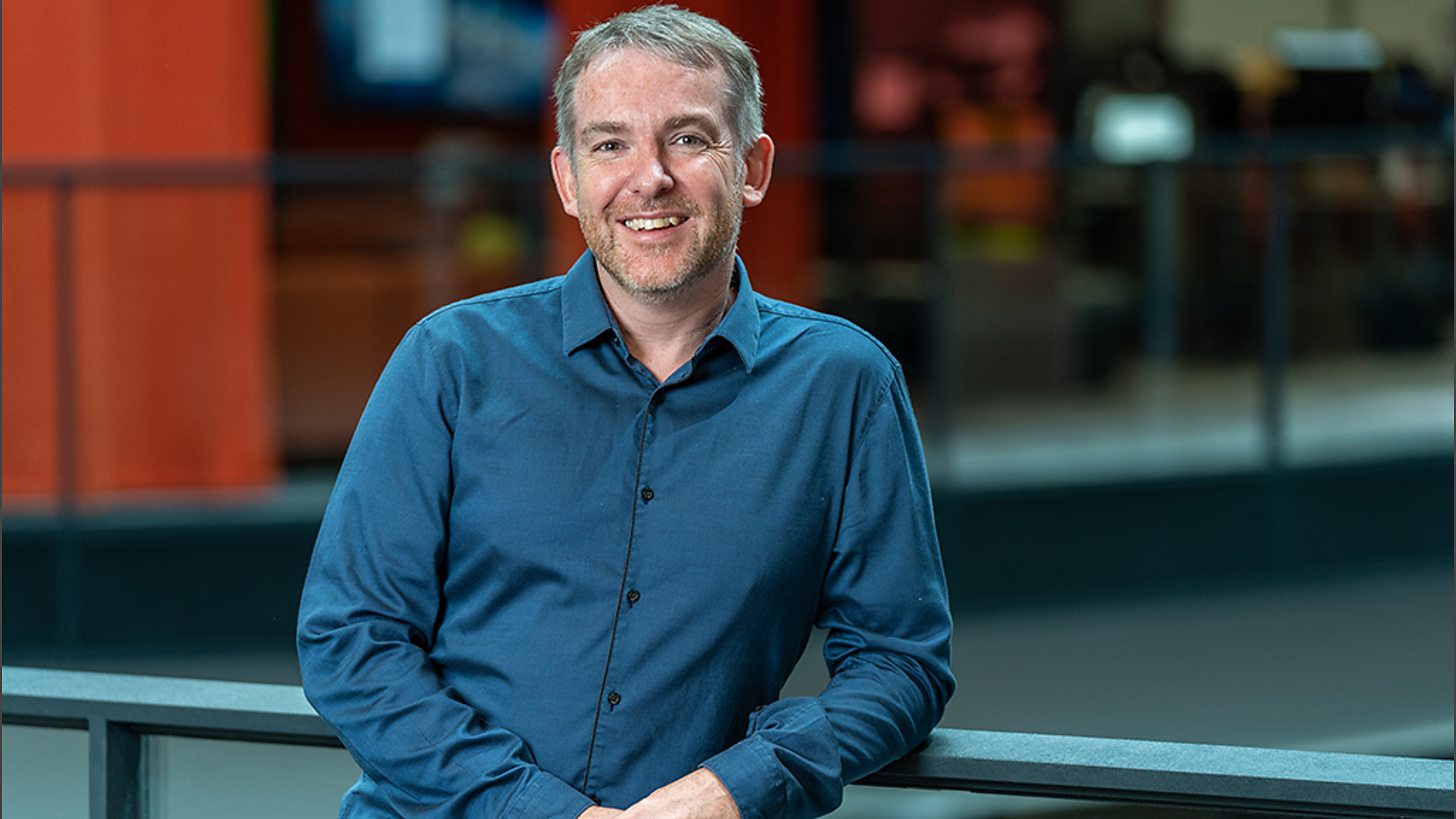 BBC Director of Nations Rhodri Talfan Davies has been speaking at Westminster Media Forum about BBC’s plan for its biggest transformation in decades and what it means for local and regional broadcasting.

He touched on the subject of local radio, mentioning “up to” six peak time local services will launch, as previously mentioned, but still did not disclose where these would be, other to confirm they will return in Bradford, Sunderland and Wolverhampton.

He also mentioned the local radio Make a Difference campaign and the importance of local news.

Here’s the speech in full:

Hello everyone and thank you for inviting me here today.

I want to take a few moments to talk about the BBC’s plans for local and regional broadcasting – but also to reflect on the role the BBC can play in the growth of the UK’s regional economies.

Of course, the context for all this work has changed radically with Covid. And I suspect all of us here today – in our own organisations – are still working through the full implications.

For me, as the BBC’s new Director of Nations, there are two overriding conclusions. First, that local and regional media is more important today than arguably ever before. And, second, that whatever role the BBC has played to this point in the development of our creative economies across the UK, it is vital we go the extra mile over the coming years given the scale of societal and financial challenge the country faces.

The impact of Covid, and its relationship with broadcasting, crystallised for me on a cold, grey weekend in January with Britain well into its third national lockdown.

On that day, the BBC’s network of 39 local radio stations across England took more than 11,000 calls from listeners. Some called-in wanting to contribute to live discussion programmes, some were calling to offer help to other listeners struggling with the restrictions, some called just to hear a friendly voice.

A listener called Gary rang BBC Essex to say he had just 17 pence to live off. The station was able to put him in touch with local support groups who could help. In Devon a young boy walked into our radio offices after hearing a special report on the station about children suffering abuse at home. He told our staff he was a victim of abuse himself and they promptly alerted the authorities.

The BBC is often accused of being metropolitan, out of touch even, but in the depths of Covid our regional and local services have been a source of news and companionship and support for millions of people.

Right now, the BBC’s 6.30pm regional news on BBC One is the biggest show on most weeknights in Britain with more than six million viewers across the UK tuning in.

Almost 20 million users access our local online news services each week – up almost a third from 12 months ago.

The simple truth is that our local and regional services have never mattered more to audiences. Millions of people each day turn to our local output for information they can trust about the communities they love.

And that tells me that our job right now isn’t just to protect these local services – it’s to ensure we develop them, modernise them and root them even more deeply in our communities. Our goal should be to touch more lives, in more communities, more often.

How do we do that over the coming years?

Well, for the very first time, we’re going to bring local news and content right to the heart of our online portfolio. Front and centre – not hidden away.

Across BBC iPlayer, BBC News, BBC Sport and BBC Sounds, we are going to be more local than ever before – better reflecting the passions and identities of a culturally diverse UK.

But better personalisation is only part of the answer. We’re also going to transform the quality and depth of our online reporting across the UK.

A new network of over 100 digital reporters will take us up close and personal in some of the UK’s most under-served communities. And, as part of our collaboration with commercial media providers, we’re proposing to make sure this additional reporting is available to the Local News Partnership.

On local radio too, we’re going to be there when and where it matters.

We’ll be launching up to six new peak-time BBC local radio services in communities where we know we need to do more – including Bradford, Sunderland and Wolverhampton. And we’ll provide on-demand bulletins on BBC Sounds that are tailored to where you live.

On TV, we want to build on the remarkable performance of our 6.30pm shows in recent months so, we’ll be launching BBC One HD across all English regions by the end of next year.

Of course, our commitment to community life across the UK goes way beyond broadcasting. The extraordinary impact of our Make a Difference initiative on BBC Local Radio has been a brilliant example of the BBC at its very best.

It’s a simple idea too: connecting those who can help with those who need it most. To date, nearly four and a half million people have got involved – finding laptops for children being home-schooled, supporting elderly people feeling cut-off and isolated.

Our plan is to grow it quickly: transforming Make a Difference into a year-round commitment by the whole BBC to supporting positive action in communities across the UK – whether that’s mental health, skills training or digital literacy.

These local services have never been more important – but, of course, the BBC’s overall economic impact on the ground is also vital as we all think about we can do to support communities across the UK in the recovery period post-Covid.

The good news is we’re already playing a critical and central role in supporting the development of our creative economy across the UK.

In fact, today around half of the BBC’s total economic contribution is generated away from London, and yesterday a report published by KPMG revealed the scale of this contribution.

It showed the BBC is already supporting over 53,000 jobs – with over half outside of London.

And for every job directly created by the BBC; a further 1.7 jobs were created in the wider economy. This is a key point – the licence fee doesn’t just fund the BBC; it supports more than 8,500 SMEs.

That multiplier effect comes through loud and clear in the report. Just one example – it highlights how the BBC, through its presence and investment, played a key role in cultivating Salford as a creative and digital cluster. Employment in the creative sector there has seen growth of 142% between 2010 and 2019, and the number of digital or creative businesses has grown by 70 percent.

It’s the same impact we’re having right now in Cardiff, where the report points to an emerging creative cluster in a city where the BBC has invested and expanded in recent years.

More broadly, it shows that every £1 of the BBC’s economic activity generates a total of £2.63 in the economy. In 2019/20, the BBC generated an estimated £4.9bn in the UK economy – £1.5bn more than if it was performing in line with the industry average.

It’s a terrific baseline. But we can, and must, go further.

Frankly, there is no scenario for the BBC in the coming years which doesn’t build even greater value and impact across the UK – and that’s the single-minded ambition we set out in the Across the UK plan we published last month.

By 2027/28 we expect the BBC to be spending at the very least, an extra £700m cumulatively across the UK – generating an additional economic benefit of over £850 million. This will not only dramatically increase opportunities for jobs and training but improve the representation and portrayal of communities right across the country.

Our roadmap is clear.

It’s also a shift that impacts on every part of the organisation. For example, major parts of BBC News will move across the UK to ensure we cover the stories that matter most to audiences and more effectively representing different voices and perspectives.

This commitment to growth beyond London won’t succeed unless we work closely with our partners on the ground. That’s why we’ll be renewing our creative partnerships with Northern Ireland Screen and Creative Scotland, creating a new one with Creative Wales, and focusing on new partnerships in the North and Midlands in England.

Developing new creative talent is a vital part of this story – the lifeblood of our commitment to building a sustainable economic presence. So, we’ll be doubling our commitment to apprentices, supporting 1,000 apprentices in any year across the UK and piloting an Apprentice Training Agency in the West Midlands.

So, the economic story is clear – increased jobs and investment. But I also believe this focus on regional growth will enrich us creatively.

Authentic, passionate storytelling from across all our communities is what truly make the BBC different to anyone else. The global streamers like Amazon and Netflix can do many things brilliantly – but they can’t get close to audiences in the way we can.

Our audiences need to know that we understand where they are coming from, and how they see the world. We will show audiences across the UK that we are relevant to their lives because the stories we tell will be rooted in, and inspired by, their communities.

That’s our goal. To build on our commitment to local communities with services that cut through like never before.

And to support our regional economies through increased investment, sectoral partnership and doubling down on our commitment to creative skills development.

If we ever needed a reminder about what’s at stake, and the enduring value of regional and local media across the UK, the thousands of calls to BBC local radio each day tell their own story.

It's easy to put travel news on your radio station, from £25 a month for online stations. See RadioTravelNews.com for details and same day set up.
Posted on Thursday, April 29th, 2021 at 1:58 pm by RadioToday UK