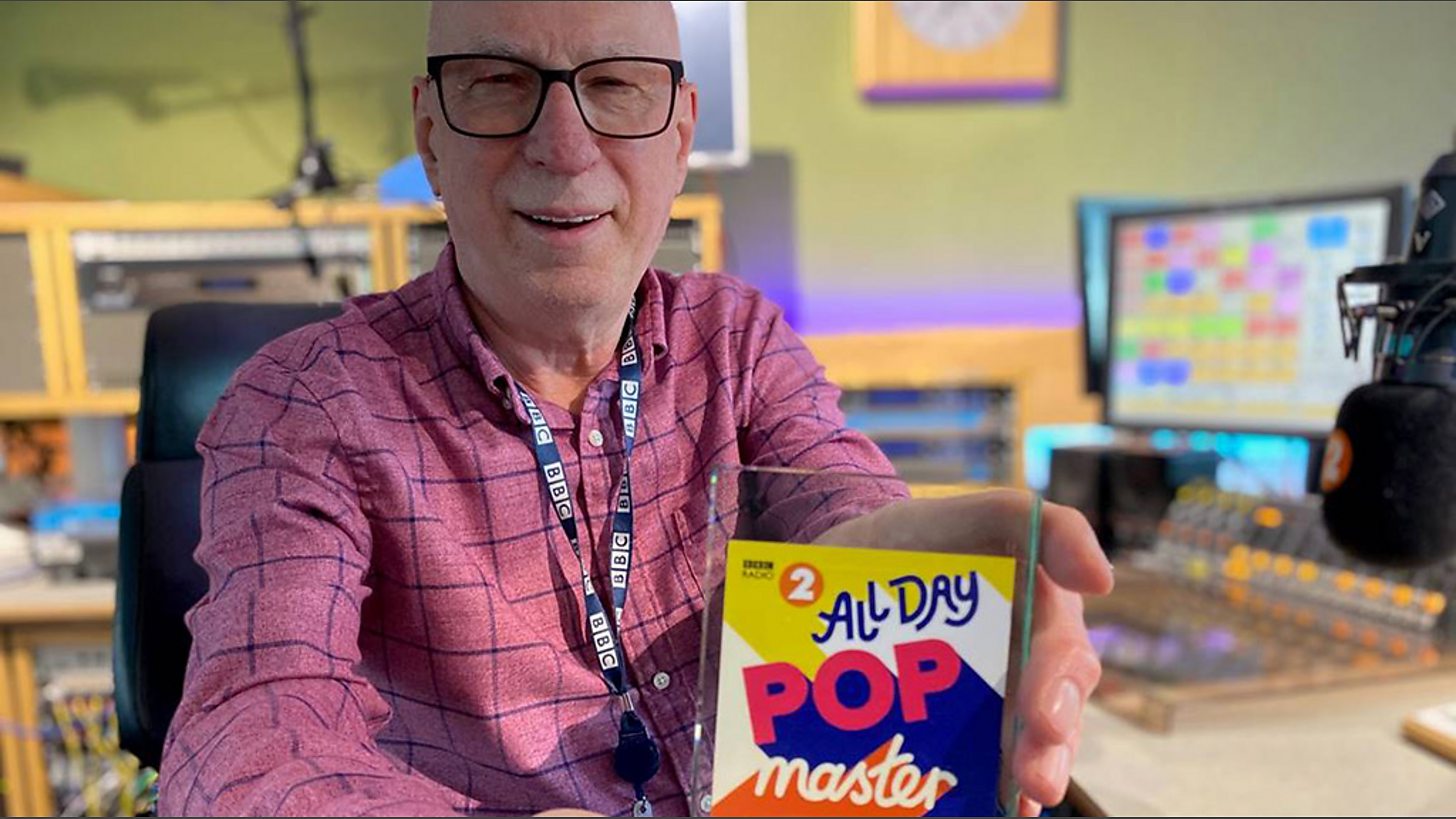 Ken Bruce will be hosting another All Day PopMaster on BBC Radio 2 and BBC Sounds this May Bank Holiday Monday (Monday 31st May).

He’ll be pitting celebrity quiz brains against listeners with everyone vying to be crowned only the second-ever All Day PopMaster Champion.

Among the well-known quizzers taking part across the day are Jeremy Vine, The Dark Destroyer (aka Shaun Wallace of ITV’s The Chase), Zoe Lyons (BBC Two’s Lightning), Richard Osman (BBC One’s Pointless and House of Games), The Chase’s Vixen (aka Jenny Ryan), Anita Rani (Channel 4’s The Answer Trap), Rick Edwards (BBC One’s Impossible), plus Vernon Kay (ITV’s Games of Talents) – who is standing in for Steve Wright that day – is a contestant himself in the final heat.

Ken will host all the rounds every hour, from 7.30am onwards – from The Zoe Ball Breakfast Show with Gary Davies, Ken’s regular show, Patrick Kielty’s Bank Holiday Cover Stories and Steve Wright In The Afternoon with Vernon Kay, culminating in the Grand Final in Sara Cox’s show at 5.30pm.

And as a treat for the final, Ken will be handing over to Sir Tom Jones and Sharleen Spiteri to ask the bonus round questions.

For the inaugural All Day PopMaster last year, radio presenters including Zoe Ball, Shaun Keaveny, Ronan Keating, Fleur East and Nick Grimshaw battled it out against Radio 2 listeners throughout the day, culminating in two listeners competing in the grand final.

Ken Bruce said: “Our radio celebrities last year did shamefully badly against our wonderfully bright and knowledgeable Radio 2 listeners, so let’s see if the self-proclaimed Quizzers can do any better. No pressure, you understand, your fine reputations aren’t at stake at all… much!”

And One Year Out – The PopMaster Story presented by Rob Brydon – is available now on BBC Sounds and on Radio 2 from 9-10pm on Sunday 30th May.

Need a new or improved logo for your radio station? Visit OhMy.Graphics and see how awesome you can look.
Posted on Monday, May 24th, 2021 at 12:58 pm by RadioToday UK