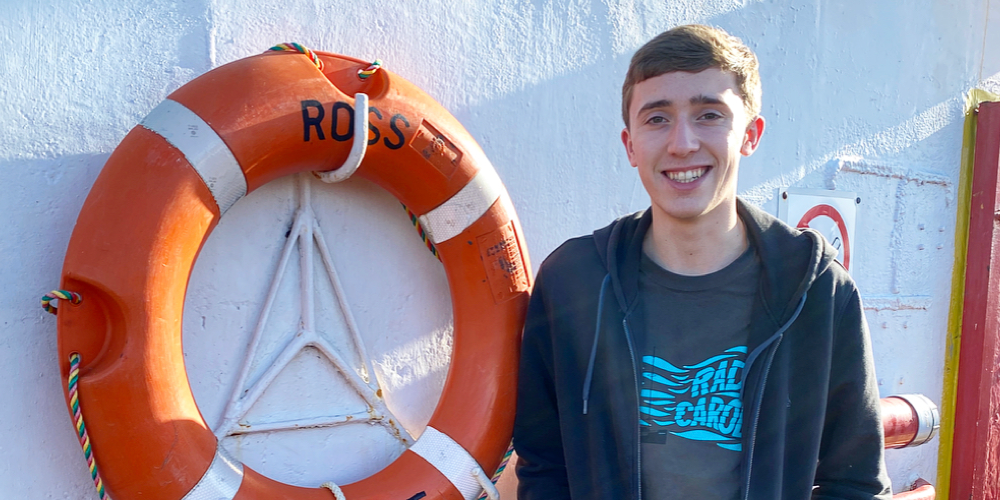 Sixteen-year-old Josh Holmes-Bright, a presenter on Caroline Community Radio, has joined Radio Caroline and hosted his first show aboard the Ross Revenge.

He was approached by the station after bosses heard his shows and thought he would be a good fit for the former pirate.

“We are very impressed with Josh’s presenting style and personality, not to mention his wide music tastes and knowledge, which make him a great fit for Radio Caroline,” said station manager Peter Moore.

“His debut shows on Ross Revenge received a fantastic response from listeners all around the world. It’s important to encourage young talent and, like many of the DJs who started their careers on Radio Caroline over the years, I think Josh has a bright future in broadcasting.”

Chelmsford A-Level student Josh presented his first shows from Ross Revenge, which is moored on the River Blackwater in Essex, and will now be presenting the Sunday night Caroline Countdown show, which plays popular album tracks.

His parents and grandparents are enthusiastic Caroline listeners and Josh has grown up listening to the station.

“Joining Radio Caroline is very exciting because it’s such an historic station with a great legacy,” said Josh. “The support I have received from listeners has been overwhelming and I have had a very warm welcome from the Caroline team. This opportunity means the world to me!”

Need a new or improved logo for your radio station? Visit OhMy.Graphics and see how awesome you can look.
Posted on Tuesday, February 15th, 2022 at 10:14 am by RadioToday UK