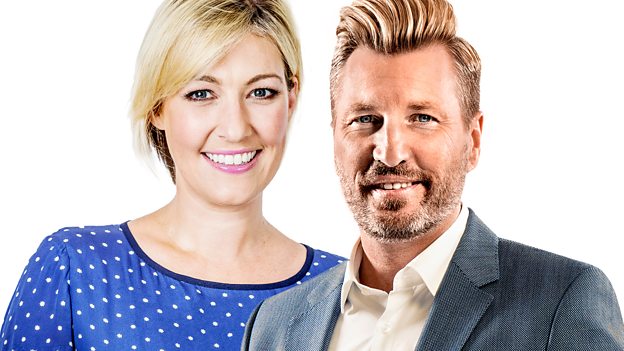 A record number of people have listened to 5 live’s podcasts and the station has seen a surge in online listening since the start of the World Cup in June.

And the Salford-based station has seen a record number of people listening online to the commentary of England matches. 5 live Breakfast has seen online listening grow by 50 percent as presenter Rachel Burden co-presented the programme from Russia throughout the World Cup.

The station’s coverage of what was England’s last match of the event was also broadcast on FM via the BBC’s 39 Local Radio stations in England.

The new show is in addition to Robbie’s work on 5 live’s long-running football phone-in show 606 on Saturdays.

Jonathan Wall, controller of BBC Radio 5 live, says: “We want to keep the momentum we have built in Russia going and it’s great to have some of the people who have made this World Cup so special back on the air for new shows when the domestic season starts in August.”

Kelly Cates and Robbie Savage will get new shows and Chris Sutton, Alistair Bruce-Ball, Dion Dublin, Pat Nevin and Chris Waddle will be regular voices on the station throughout the new football season.

Kelly Cates has presented hours of live coverage from Russia 2018 on BBC Radio 5 live and co-hosts the World Cup Daily podcast. From August, she will become the regular presenter of 5 live’s sports coverage on Tuesday evenings. Mark Chapman will continue presenting 5 live Sport on Mondays, Wednesdays and Saturdays.

Chris Sutton and Alistair Bruce-Ball will be among a number of new voices on 606 on Sundays.

It's easy to put travel news on your radio station, from £25 a month for online stations. See RadioTravelNews.com for details and same day set up.
Posted on Sunday, July 15th, 2018 at 7:07 pm by Duty Reporter