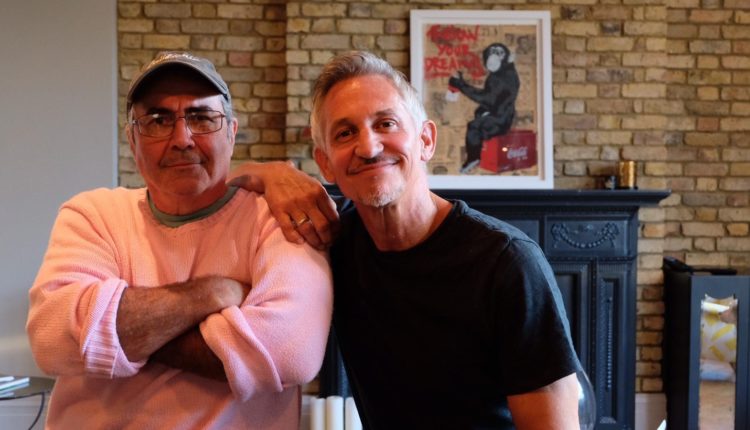 Gary Lineker and Danny Baker do a podcast

Gary Lineker and Danny Baker have come together to create their own football podcast on Acast.

Lineker & Baker: Behind Closed Doors will be a new regular show full of the intimate details of life in and around the game. The trailer is now live on Acast, Apple Podcasts and all good podcast providers with episode one launching on Wednesday 7th November.

The show will tell dressing room tales and green room stories from Gary and Danny’s time in football and broadcasting. Episode one will reveal which England star once slept on Danny’s couch and smoked a cigar in his local gym. Gary also names the television pundit who failed to realise the show was live on air and declined to answer his questions.

Behind Closed Doors sees Gary Lineker abandon his usual role as chief interrogator. Instead he joins Danny Baker in a romp through life in the English game. Gary said: “I thought it would be fun to create a podcast and after a lot of thought about who would be the very best striking partner to do it with, Danny Baker was absolutely top of the list. He may have lost a yard of pace around the box but he can still be highly effective with a microphone in hand.”

Danny Baker added: “I have been approached quite a few times for podcasts but out of a wild hybrid of indifference and indolence I’ve never followed them up. However this proposal, coming as it did with the backing of Caesar, was entirely different.”

Susie Warhurst, Acast’s global head of content said: “Podcasting offers the perfect environment for respected and well-loved figures like Gary and Danny to share even more of their stories and views to both existing fans, and new ones. Having broadcasters of their caliber bring their expertise into the podcasting space only goes to show just how popular and mainstream it has become as a medium.”