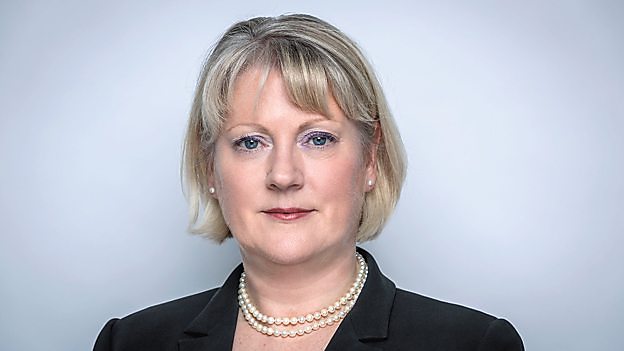 Anne Bulford, the BBC’s Deputy Director-General, has decided to leave the BBC in the spring of 2019 to pursue a portfolio of non-executive roles.

The Director-General and the BBC Board have thanked her for her work since 2013.

As Deputy Director-General, Anne was responsible for all the finance, HR, legal, risk and technology (design and engineering) functions of the BBC. In addition she managed strategy, marketing and audience activities, as well as serving on the board of Children in Need.

Anne also works on the board for the Army, University College London, the Motor Neurone Disease Association and the Ministry of Justice.

The BBC says it will set out the next steps for her post in due course.

BBC Director-General, Tony Hall, says: “Anne has been an inspirational leader. She has brought real insight and determination in bringing change to the BBC. Her achievements at the BBC are many – she has ensured the BBC continues to innovate and deliver hugely popular services to the public. She has vastly improved the BBC’s efficiency to industry-leading levels. She has led a transformation in the BBC’s working practices.

“Anne leaves the BBC a stronger organisation than the one she joined six years ago. She has been a first-class colleague and an absolute pleasure to work with. I wish her every success for the future.”

Anne Bulford says: “It’s been an honour to be the first woman Deputy Director-General of the BBC and I’m proud of what we’ve achieved since 2013. The BBC is an amazing organisation, with so many talented people. I feel I’m leaving the BBC in a stronger position and I’d like to thank Tony, my colleagues and especially all my teams for their contribution and hard work.”

It's easy to put travel news on your radio station, from £25 a month for online stations. See RadioTravelNews.com for details and same day set up.
Posted on Thursday, January 17th, 2019 at 3:23 pm by Jo James