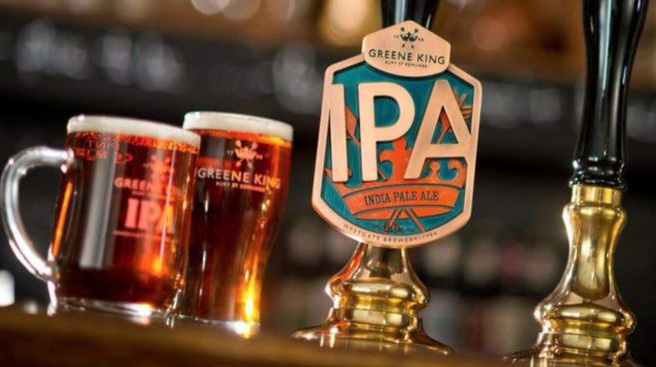 Chris Kamara and talkSPORT are teaming up with pub retailer and brewer Greene King to sponsor the Hawksbee and Jacobs weekday afternoon show.

Paul Hawksbee and Andy Jacobs said: “We’re really pleased to be able to partner with Greene King to offer exclusive deals and competitions for our listeners, who live, breathe and eat sport.”

Greene King partnered with Chris Kamara as part of its Summer of sport campaign last year, creating a beer in his honour – Un-BEER-lievable – which was available across 1,300 Greene King pubs during the tournament.

Chris Kamara commented: “I’m really excited to be working with Greene King again, the partnership brings together the two things I love most – sport and pubs. It will be great over the year to meet some talkSPORT listeners.”

Phil Thomas, Chief Commercial Officer for Greene King, said: “Off the back of an incredible summer of sport last year we’re really pleased to once again team up with Chris Kamara and talkSPORT, as we continue to showcase Greene King pubs as the number one choice for watching sport outside of the stadium. Time is well spent when in the pub watching sport with friends and family.”

John Kehoe, CEO of Media Agency Group said: “Greene King pubs show everything from football to horseracing, darts to rugby and we felt that the talkSPORT Hawksbee and Jacobs show was the perfect synergy for the brand. We had great success with the brand during the World Cup last summer and we are excited to see how this media partnership develops.”

The year-long partnership will kick off this week to mark the start of the Six Nations with Chris Kamara joining Hawksbee and Jacobs in the talkSPORT studio.

It's easy to put travel news on your radio station, from £25 a month for online stations. See RadioTravelNews.com for details and same day set up.
Posted on Friday, February 15th, 2019 at 3:12 pm by RadioToday UK

KISS is having Dating Dilemmas with Nando’s