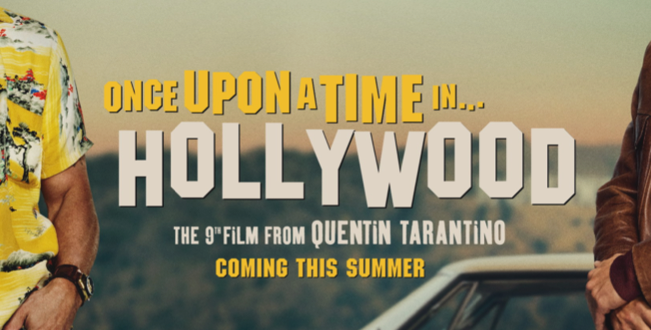 Absolute Radio is to partner with Sony Pictures to celebrate the release of Once Upon a Time… in Hollywood starring Brad Pitt and Leonardo DiCaprio.

The national Bauer station is the only paid media partner for the UK campaign.

The Dave Berry Breakfast Show will broadcast live from LA for a week with branded content using comedy at its core across a variety of platforms including radio, online and social.

Commenting on the partnership, Simon Kilby Chief Revenue Officer Bauer Media said: “This is branded content at its very best. Absolute Radio’s deep understanding of its audience of reluctant adults passionate about film coupled with our programming expertise has seen us meet Sony Entertainment’s brief with creativity, personality and flair.

“This partnership will deliver an innovative, multi-platform campaign immersing audiences in the glamour of the film, broadcasting live from Tinseltown itself!”

Ian George, Managing Director of Sony Pictures Releasing UK said: “Absolute Radio is the perfect partner for us to celebrate the release of the summer’s most anticipated movie – Once Upon a Time… In Hollywood. The team at Absolute Radio have put together an exciting week of radio and listeners will be in for a treat when they listen in.”