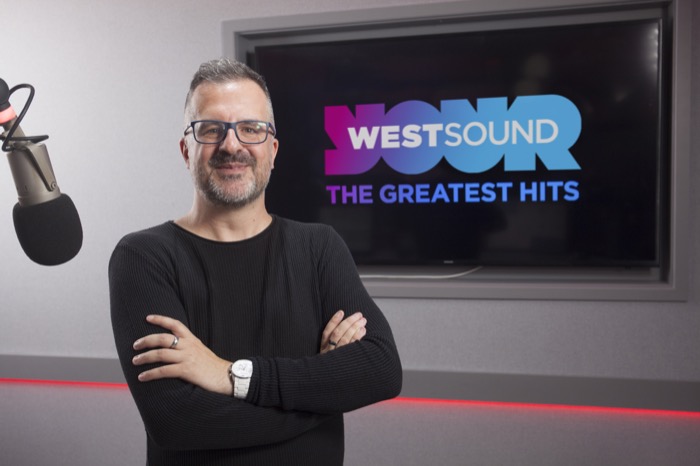 West Sound in Dumfries & Galloway will no longer broadcast a local breakfast show starting on the 2nd of September.

Ewan Cameron, already broadcasting across the rest of the Greatest Hits Radio network in Scotland, will replace Kenny Campbell who started hosting the show in April following Tommy Jardine’s retirement.

Drive will also be networked, as Drive with Gina McKie replaces Michael Smith on Drive.

“Delivering compelling content is our priority and this means that West Sound listeners in the area can now enjoy programming which includes the multi-award-winning Ewen Cameron’s Breakfast Show, all coupled with the local news, traffic and travel and other local information important to them.”

West Sound is one of three stations broadcasting on FM in the Greatest Hits Network, along with Liverpool and West Midlands in England. It can be heard in Dumfries and Ayr on 97FM, 103FM in Kirkcudbright and the Machars and 96.5FM in Stranraer.

Need a new or improved logo for your radio station? Visit OhMy.Graphics and see how awesome you can look.
Posted on Monday, August 12th, 2019 at 4:34 pm by Local Reporter