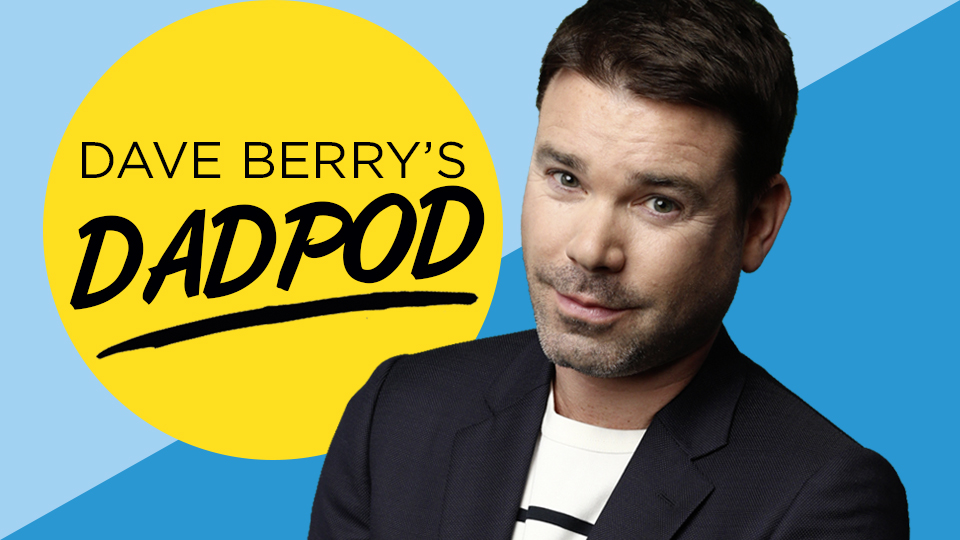 Dadpod is the first series under the helm of newly appointed podcast editor Maria Williams, and is a six-part series hosted sponsored by Royal London.

The idea is born from a feature on the Dave Berry Breakfast Show in which Dave would quiz celebrity guests including Benedict Cumberbatch and Michael Caine on their ‘Dad-Vice’.

Featuring a different guest each week, this new podcast series features discussion on the topic of parenthood before Dave himself becomes a dad.

Royal London has partnered with Dave Berry’s Dadpod to talk to the young family audience, who may be starting to consider their long-term financial goals. The partnership will link the determination of being a new parent alongside Royal London’s focus on helping people work towards a secure financial future. As the launch sponsor of series one, the podcast will feature tailored messaging focussing on episode content and Royal London’s offering.

Bauer Media podcast editor, Maria Williams said “Millions of Absolute Radio listeners have followed Dave over the last year as he embarked on his first foray into fatherhood. This new podcast sets to welcome a wider audience for what is such a hugely relatable topic. Featuring a new guest each week, this podcast is for everyone that seeks a light-hearted view on what it’s like to be a Dad today.”

David Hall, Senior Brand Manager at Royal London added “Becoming a new parent is a life stage that gets you thinking about your future and is something we believe requires real determination. We’re hoping to connect with Dave Berry’s Dadpod audience to let them know that now is a great time to think about financial goals for their own and their family’s future.”

‘Dave Berry’s Dadpod’ launches with its first episode on Monday 21st October, and will be available to download every Monday from Apple Podcasts, Spotify, the Absolute Radio app, absoluteradio.co.uk, and all mainstream podcast providers.

The campaign was brokered by Publicis Media and runs from 21st October until 25th November. Activity will include podcast host live reads, pre-rolls on other Bauer podcasts, InStream, social and an online creative page.

Here’s all the info:

Simon Hooper, social media phenomenon and father of 4, joins Dave Berry in this episode of his Dadpod. They chat about how Simon has managed to balance being a Dad to 4 daughters, working a day job and entertaining over 1 million Instagram followers as Father_Of_Daughters with heart-warming pictures of everyday family life!

Along with heaps of useful Dad-vice, we find out if Simon’s girls think he’s cool with his social media stardom, why he’s decided to speak out for fathers, and whether he’s brave enough to answer the question, who’s your favourite child? His answer might surprise you!

Emma Willis, TV presenter and mother of 3 tells Dave Berry what her 3 kids think of her and husband Matt’s unusual careers, how important the support she received from her father was when growing up, as well as how she was one of the first people to find out that Dave was to be a Dad.

All that plus, Dave and Emma open up about the first moments they spent as parents, and she shares some of the amazing stories from her brilliant TV series Delivering Babies!

Rob Beckett, the hilarious comedian and father of 2, talks all things Dad with Dave Berry. Rob chats about juggling his brand new stand-up tour as well as being a father, and how being a parent has influenced his act.

Rob’s a very funny man, but how do his kids make him laugh? He tells us about how his girls have started to boss him around, the pressures of wanting to give them everything that he missed out on when growing up, and needing a tutor to keep up with their education.

John Thomson, star of Cold Feet, the Fast Show and father of 2, joins Dave Berry for this episode of his Dadpod. Comedy legend, John, has been in the fatherhood game for 17 years now, and so Dave is keen to learn as much as possible.

John talks to Dave about growing up in an adopted family, the power of reading to his kids, and reveals what he does to annoy his children. Let’s just say, it’s quite painful!

Kojo Anim, star of Britain’s Got Talent, stand-up comedian and father of 1, explains to Dave Berry why becoming a father has given him a new lease of life which has led to success off and on-stage. It doesn’t take long to realise just how in love with fatherhood Kojo is.

He talks about his experiences in foster care and his incredible Aunt Sandra who raised him and why fatherhood is such a good topic for comedians and audiences to connect on. Plus, what does Kojo think of his son potentially supporting a rival football team?

Tim Minchin, comedian, actor, composer, songwriter, pianist, director, multi-award winning man of many talents and father of 2, joins Dave for this episode of his Dadpod.

He’s co-written one of the best-loved musicals in recent years, Matilda, but what do Tim Minchin’s kids really think of the smash-hit phenomenon?

Tim also talks about savouring the early moments of being a Dad, why he doesn’t always share his kids’ sense of humour and Dave asks him to convey the stages of fatherhood using a child’s keyboard.