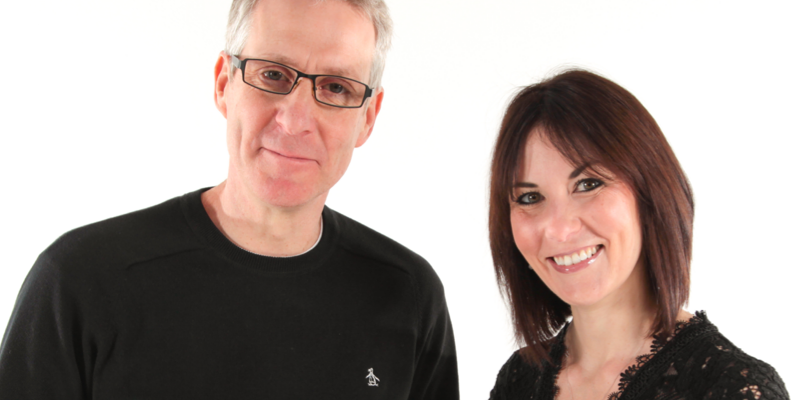 Alun Newman and Louisa Hannan are taking over the Solent breakfast show from Julian Clegg on BBC Radio Solent.

Alun and Lou currently present the mid-morning show on the station and are moving to the new slot in the new year along with producer Warren Hayden.

Earlier this year Julian announced he would retire at the end of the year and present his last show on 5th December – his 60th birthday.

The station’s Dorset breakfast opt-out will continue to be hosted by Steve Harris from Dorchester.

Managing Editor Sarah Miller told RadioToday: “Replacing someone like Julian after 23 years in the role was always going to be a challenge. Alun and Lou are well known and loved by our listeners, and this has grown since they came together as ‘radio’s newest couple’ on mid-morning”.

Alun Newman comments: “It’s a dream come true. I’ve lived, breathed and worked on the south coast and I can’t wait for this fantastic opportunity to be part of our listeners’ early routine.

For Lou and I to move to the BBC Radio Solent Breakfast Show together means we can bring all our fun, passion and enthusiasm to the people of Hampshire, Dorset and the Isle of Wight as they start their day.”

Louisa Hannan adds: “I’m extremely thrilled to be moving to Breakfast. During my time at Solent, I’ve shared the drive home with listeners, the daytime routine and now get the ultimate privilege of waking up with the South. Julian’s left massive shoes to fill but sharing the show with Alun, the man who’s become my partner in crime over the past year, is the icing on the cake!”

The new presenter for BBC Radio Solent’s mid-morning programme will be announced in the coming weeks.

#AlunandLou are moving to the BBC Radio Solent breakfast show in 2020 and I'm delighted to be moving with them ?☕️? #LocalRadio #Producer #Hampshire #Dorset #IsleofWight https://t.co/5Uc1eMqfZU

Need a new or improved logo for your radio station? Visit OhMy.Graphics and see how awesome you can look.
Posted on Monday, November 25th, 2019 at 11:42 am by Roy Martin