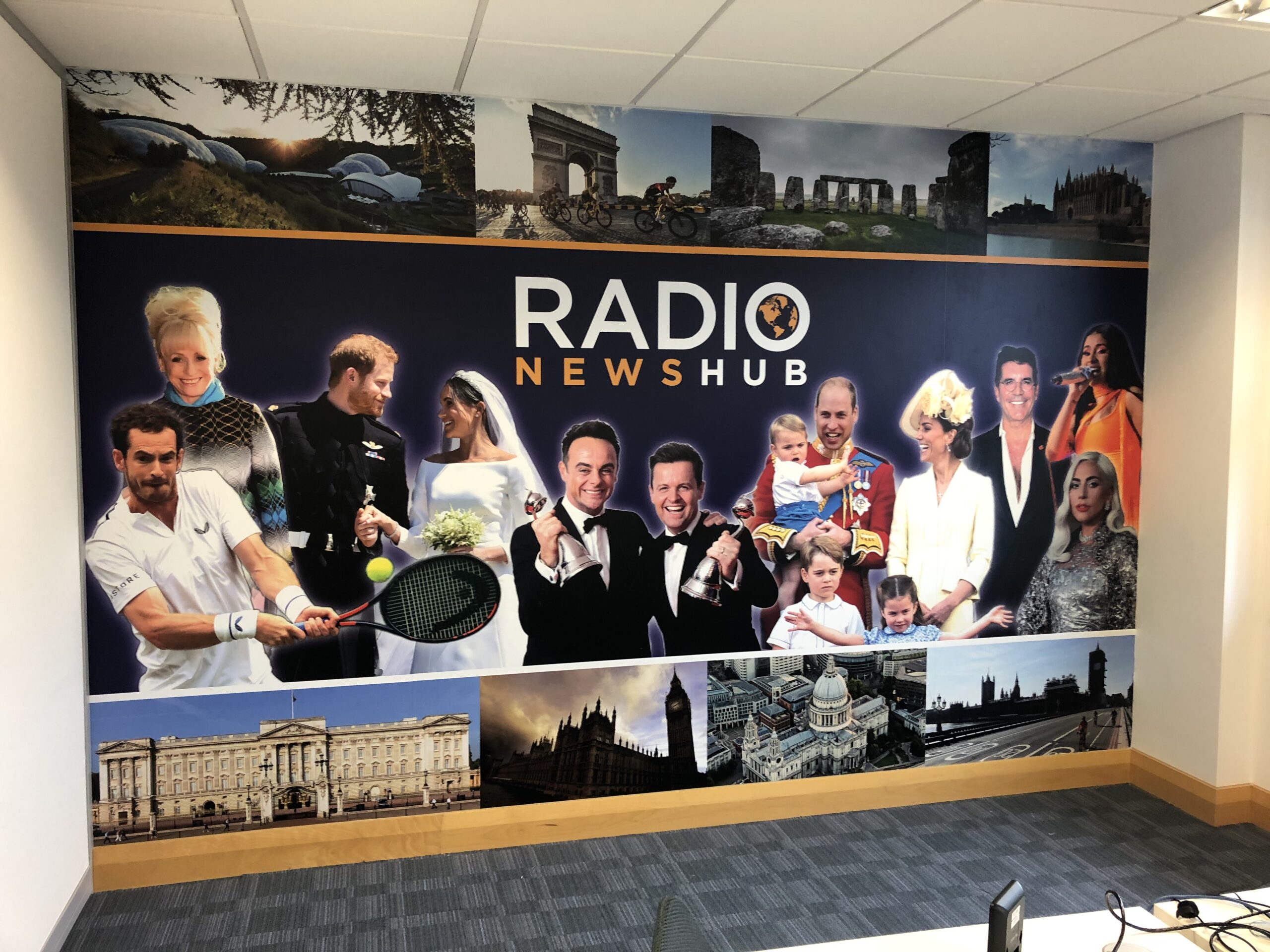 Until now the company has been operating out of a serviced office block near Leeds.

The move marks the latest milestone in the company’s progression – which began in a small backroom in a shared office space late in 2014.

It has also recently appointed ex-talkRADIO newsreader Carl Hartley as a new senior journalist with plans to introduce a new Content Manager role early in 2021.

The team at Broadcast Radio have worked on creating the two new studios. While the building – exclusively for Radio News Hub – also boasts a presentation suite, meeting room, chill area as well as the newsroom. 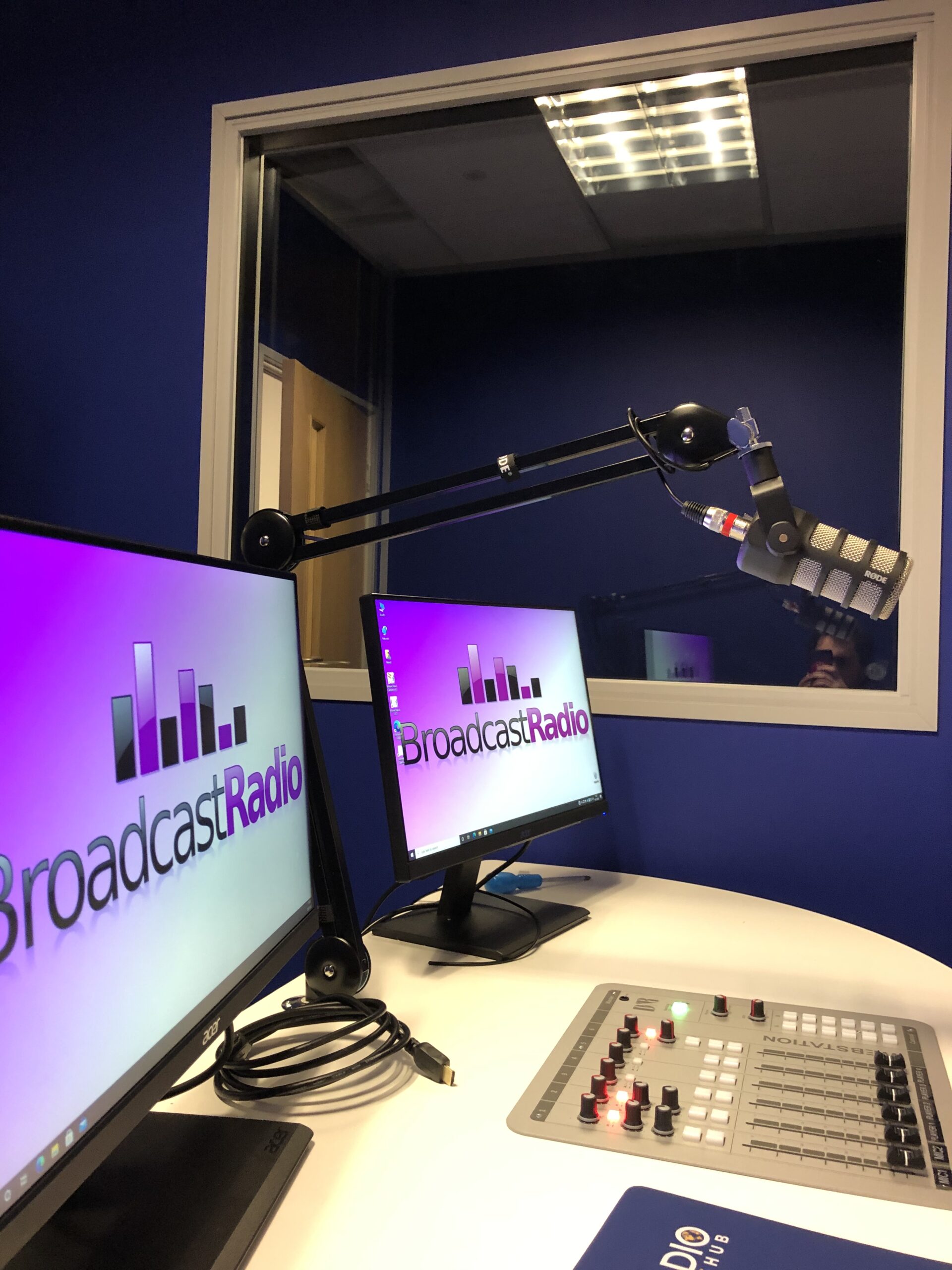 Director Jamie Fletcher said: “We’re really excited about moving to our new home. When we first came up with the idea of a bulletin service six years ago, we had a vision of where we wanted to take the company.

“We have had to be sensible financially. There has been no backing from a third party.”

Artwork is displayed within the building giving a nod to locations of some client stations – especially those who have been with the company since the launch. 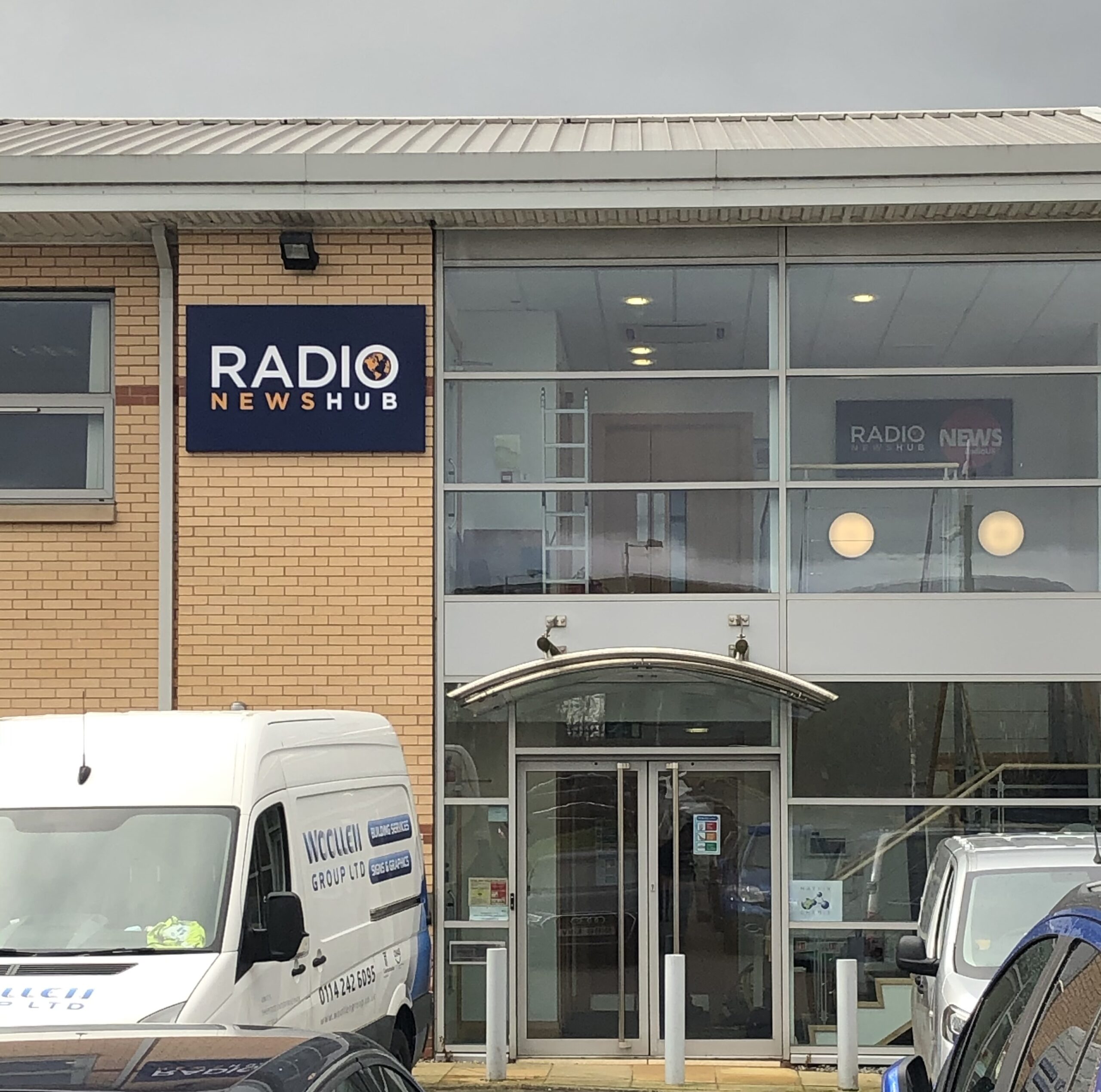 Director Stephanie Otty added: “We have come a long way since those days! We were in an underground room in our first six months with virtually no natural daylight – and on market day if a van parked in a certain spot outside, we would lose all TV pictures!

“We are really excited about the future. We have a number of exciting plans for 2021 – one of which we think many of our clients will look forward to.” 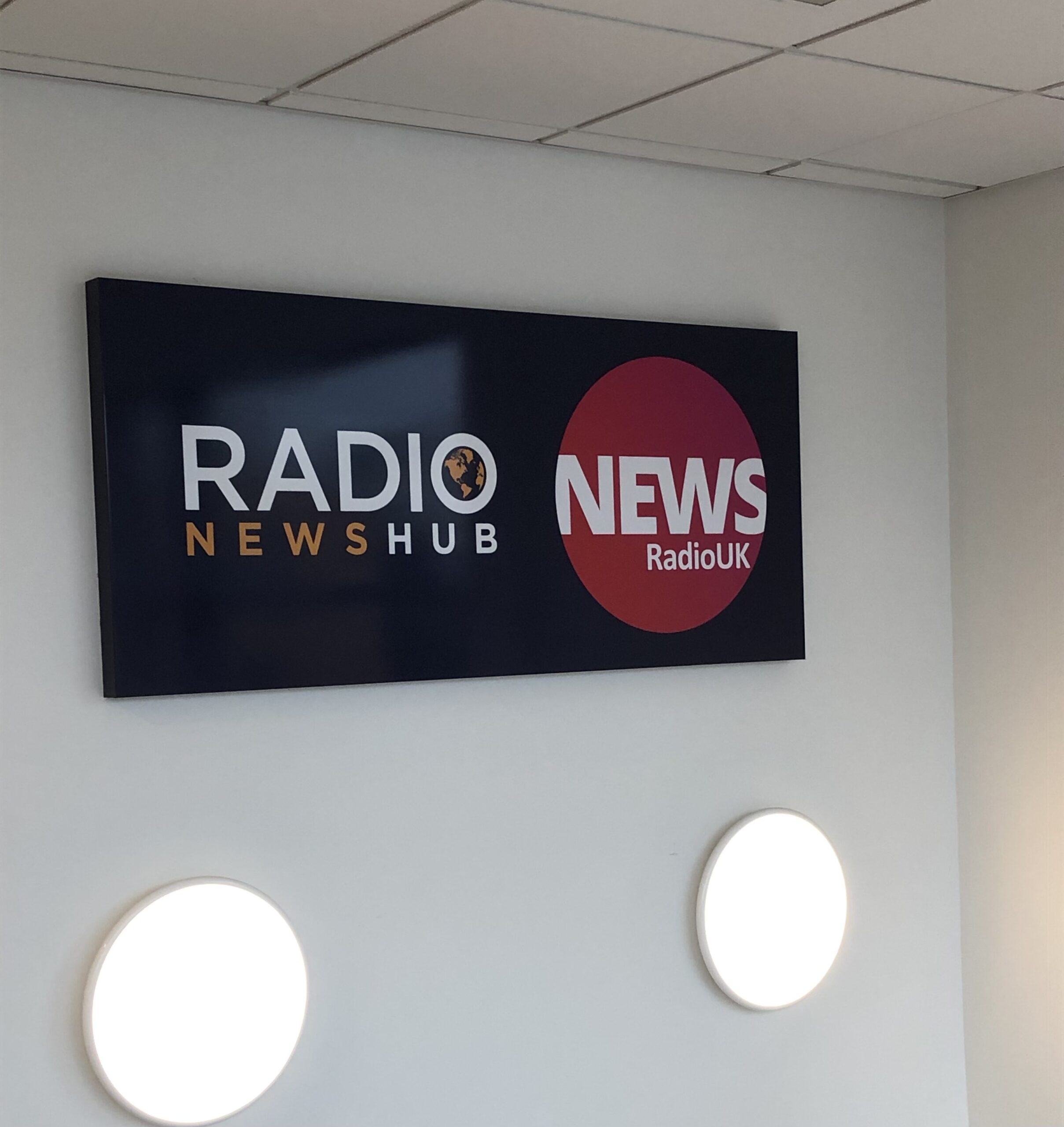 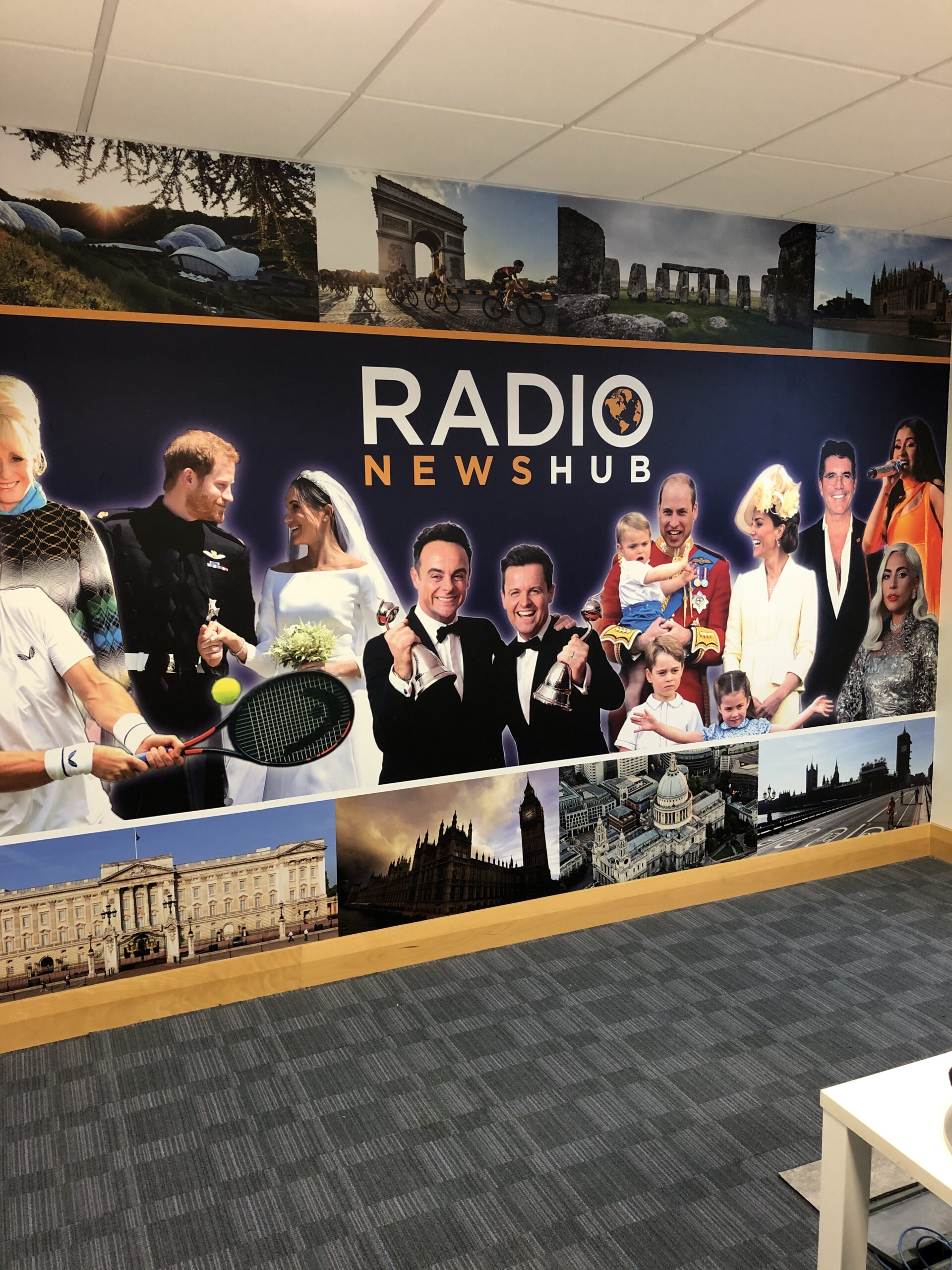 Need a new or improved logo for your radio station? Visit OhMy.Graphics and see how awesome you can look.
Posted on Thursday, November 19th, 2020 at 4:50 pm by RadioToday UK