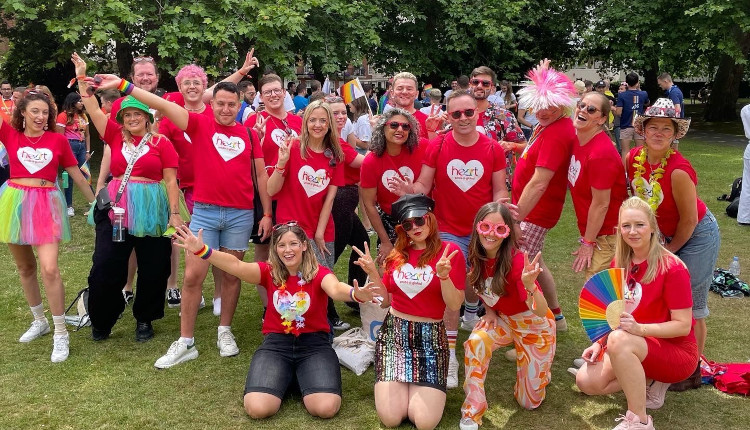 Heart is one of the official partners for Pride in Brighton and Hove, supporting UK’s LGBTQ+ community as they take part in the celebrations.

Heart Dance’s Toby Anstis and Lucy Horibin will both be taking part in the Brighton march this weekend and they’ll be joined by members of pride@Global, a Global network made up of LQBTQ+ staff and allies, who will be playing Club Classics on a portable sound-system – as they did throughout the London march.

Brighton and Hove Pride is celebrating its 30th Anniversary festival this year named ‘We Are Fabuloso’ and the event takes place across this weekend.

Christina Aguilera will be headlining on the main stage on Saturday in Preston Park and Paloma Faith on Sunday.

There are also eight other stages which will host the likes of Sophie Ellis-Bextor, Ella Henderson and Bjorn Again.

Brighton held its first ever Gay Pride march one year after London in 1973, with the first full Pride festival taking place in 1991.

Need a new or improved logo for your radio station? Visit OhMy.Graphics and see how awesome you can look.
Posted on Friday, August 5th, 2022 at 7:57 am by Steve Collins

Global to launch Heart Dance with Toby Anstis on Breakfast