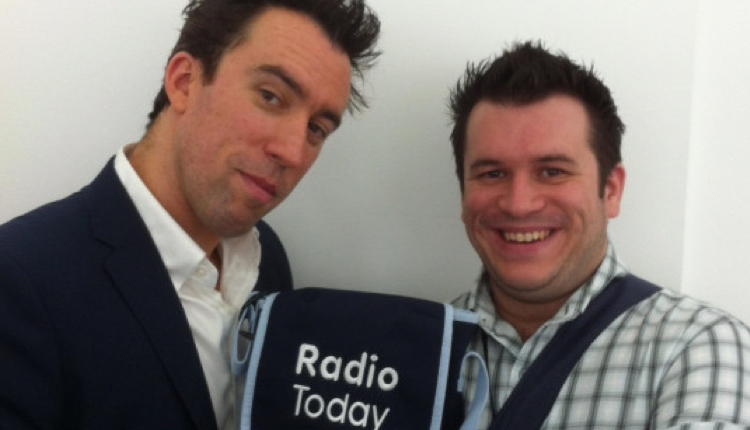 Five months after announcing his departure from Absolute Radio, Christian O’Connell has hosted his last show before heading off for a new job in Australia.

His final programme was full of emotion, content and memories of his 12 years hosting breakfast, firstly on Virgin Radio then Absolute Radio as it rebranded and changed ownership. His final song was Thankyou for being a friend by Andrew Gold, as he and Richie Firth said a very emotional and tearful goodbye.

Friends, colleagues and listeners have been sending good luck messages, as OC gets ready to move to Melbourne to present Breakfast on Gold FM from June 4th.

Christian thanked listeners and went on to say his final words: “This shows memory will fade and I understand that, and you shouldn’t feel bad about that, but it will not fade in my heart.”

After 12 years on the show, this was @OC and @RichieFirth's last link.
What a ride.#chanks pic.twitter.com/cfG2Wqej5g

Good luck over the sea @OC. If you get a bit overwhelmed by lovely messages this morning, let me know and I'll DM you calling you a c**t. Cheers mate, a pleasure to know you. X

Good luck with the exciting move @OC – with love from all of us over here pic.twitter.com/kik05ckJO3

Christian @oc..
Good Luck to you and your family in Australia.
Whatever happens, we’ll always have ‘Live With…’ ?

Tomorrow is the last day on @absoluteradio for Christian O’Connell @OC. Will I? Or won’t I? pic.twitter.com/Nm20QsaIgS

His new sidekick and producer at Gold FM will be Cacklin’ Jack Post from the Hamish and Andy, reports Radio Today Australia. “It’s been a pleasure and a privilege to broadcast on Absolute Radio across the UK for the past 12 years to two million people, but I’m now looking forward to heading to Melbourne to start my new show on GOLD104.3, and my family is excited to live in such an exciting and vibrant city, and in a country that has more than three sunny days a year,” said Christian.

“Six years ago I broadcast uninvited into Australia from the UK with two chancers called Hamish and Andy, and from Monday June 4th I’ll be hosting my brand new breakfast show in Melbourne,” Christian added.

“I’ve ditched those two but hired someone from their amazing show.”

Very very excited to tell you that from @hamishandandy Jack Post @jackpost is my wingman and producer on my new @gold1043 breakfast show. Starts June 4 #melbourne #newkidsontheblock pic.twitter.com/e7A49eZU4M

“After a lot of planning and preparation I am genuinely excited to be welcoming Christian and his family to Australia next week,” added ARN national CD Duncan Campbell.

“His internationally acclaimed show format has made him one of the world’s most awarded radio hosts and reinforces ARN’s commitment to delivering innovative and high-quality content to our audiences. Melbourne listeners haven’t heard anything like this before.”

@OC here’s to your last show! Can’t wait for you to get down here!
Cheers!! pic.twitter.com/vrgyU31L2e

I can't listen today, @OC. It's too sad. Wishing you all a safe journey, a happy life, and a good new show. Australia, you better look after him. X

Hey @OC good luck for the Ultimate Show from all of us here at #gold1043 ? pic.twitter.com/6ognKn15uL

The Christian O'Connell Breakfast Show – the very best bits of all time!
Don't be sad it's (nearly) over, be glad it happened… @OC @RichieFirth pic.twitter.com/iHIabAWy83