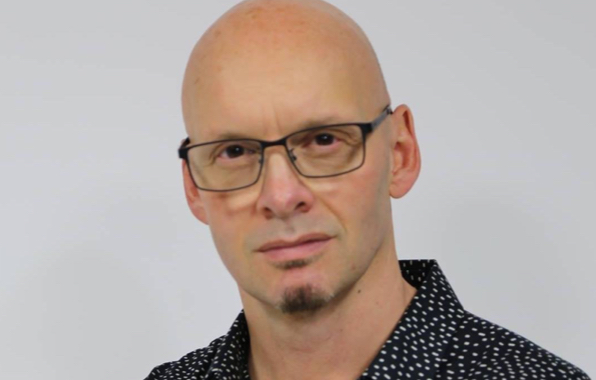 Ugly Phil has most recently been in Australia working at a number of radio stations including Triple M and SAFM in Adelaide, FOX FM Melbourne, B105 Brisbane and has hosted Breakfast on Triple M Sydney, the Hot30 Countdown and Drive at Nova 969.

It was reported by our colleagues at RadioToday Australia that he was leaving Triple M last month and heading back to the UK for a new gig.

Phil said about Fix, “I don’t think it needs Fixing coz it’s the perfect station already. I can’t wait to join Fix Radio’s breakfast show, and I think I’ll be a perfect fit because people have been telling me that I’m a tool for years.”

Ugly Phil’s first Breakfast Show will be heard on Fix Radio on DAB in London and Manchester on Monday June 10th.

Current breakfast presenters Trev & Ben are moving to an extended Brew & Banter show, from 10am to noon.

Need a new or improved logo for your radio station? Visit OhMy.Graphics and see how awesome you can look.
Posted on Friday, May 3rd, 2019 at 9:09 am by Roy Martin