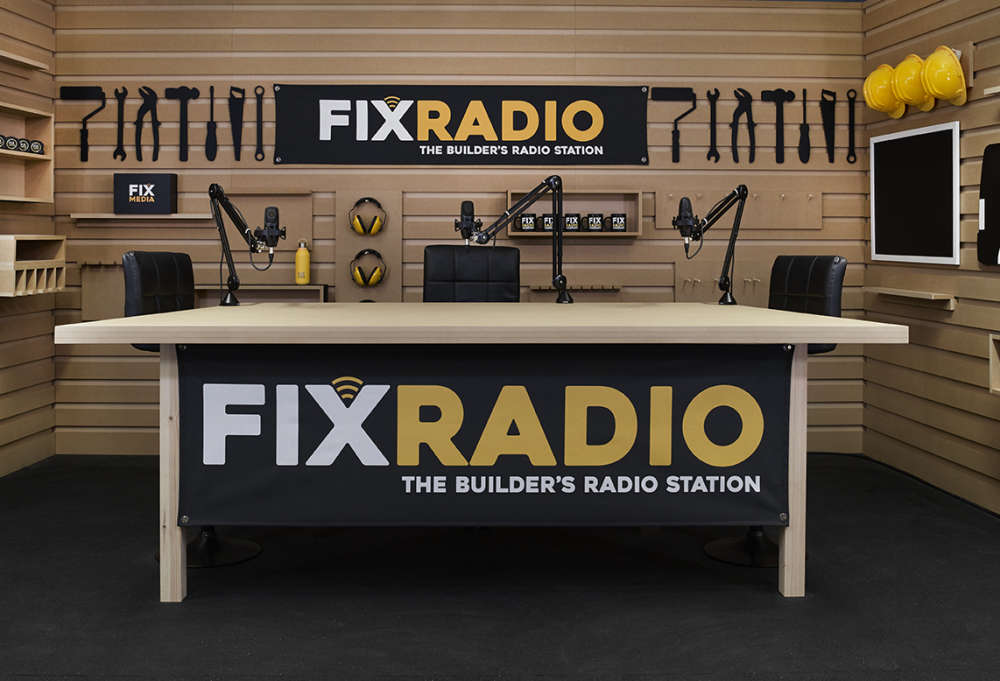 Fix Radio is now broadcasting nationally – five years after launching as the builder’s station in London.

The station celebrated its fifth birthday last week with a post on social media documenting its journey from a small regional station to an everyday essential for tens of thousands of tradespeople across the country.

Speaking about the national expansion, Fix radio founder Louis Timpany said: “We’ve now gone from an idea over a cup of tea on a building site to a national brand in just five years.

“This means that we can now offer advertisers a national route to tradespeople with zero wastage – and that’s an extremely exciting prospect for us.

“We have strong working partnerships with the likes of Checkatrade and Festool and recently struck a monumental deal with Wolseley, the largest heating and plumbing merchants in the UK.

“The deal with Wolseley – who have come on board to sponsor Fix Radio’s weekly Heating & Plumbing Show – may also lead to the station being broadcast throughout 500 of the company’s locations across the country, a genius bit of product placement if it happens, and perfectly exemplifies the forward thinking attitude of Fix Radio and its commercial team.”

Fix Radio listeners have also been helping with a crowdfunding campaign which has raised more than its target of a £750,000 to help the station grow.

Need a new or improved logo for your radio station? Visit OhMy.Graphics and see how awesome you can look.
Posted on Wednesday, May 4th, 2022 at 5:04 am by RadioToday UK