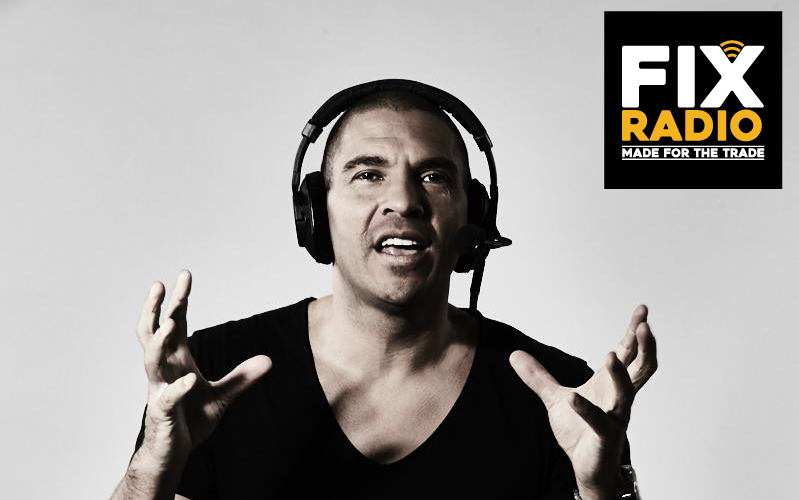 Former talkSPORT and 5 Live presenter Stan Collymore is to take over a Friday afternoon slot on digital station Fix Radio.

“The Last Word With Stan Collymore” will be broadcast on Friday afternoons 2-4pm from next week (1st November).

The station – which is aimed at tradespeople and broadcasts on DAB in London and Manchester – says Stan will be joined by ‘some of the biggest names’ in football – including current managers, players and legends of the game.

Until his departure in 2016, Stan was at talkSPORT with his Call Collymore phone-in for 8 years and before that was on 5 Live. As a professional footballer, he played for clubs including Nottingham Forest and Liverpool as well as earning 3 caps for England in the mid-90s.

He currently hosts a podcast, The Last Word With Stan Collymore, which is released weekly. The Fix Radio show will include material from the podcast along with a few extra bits recorded for the radio show.

Fix Radio Programme Director, Graham Mack, told RadioToday: “Stan’s a straight talker and doesn’t shy away from sharing his opinions. I can’t wait to hear him tear into the latest football stories on Fix Radio.”

Meanwhile, the station has announced plans to play only British music for 24-hours next week in the lead up to the current (at the time of writing) Brexit deadline. Foreign artists will be dropped from midnight on 30th October until midnight on 31st October.

Graham tells us: “Brexit is an issue that’s divided Britain, we’re in danger of becoming the Former United Kingdom. We don’t want to become the F.U.K.! Some of the best music of all time was made in this country so we’re taking back control and playing nothing foreign.”

Need a new or improved logo for your radio station? Visit OhMy.Graphics and see how awesome you can look.
Posted on Thursday, October 24th, 2019 at 2:49 pm by Stuart Clarkson