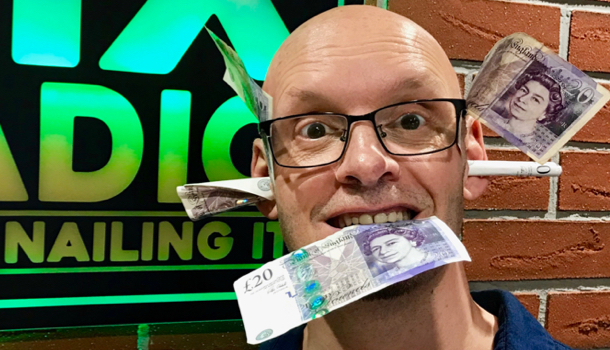 Fix Radio is planning to hand out twenty-pound notes in celebration of National Tradesman’s Day this week.

On Friday morning, the exact location of the giveaway will be announced live on the Breakfast show with Ugly Phil.

Producer Jack will then be loaded up with twenty-pound notes ready to hand them out to any tradespeople.

The location is currently top secret until announced on-air.

Programme Director, Graham Mack told RadioToday: “It’ll be a very busy public place that’s easy to get to. All I’ll say is that the location is also the name of a song we never play.

“We originally wanted to do something creative to get the word out about Fix Radio and National Tradesman’s Day but in the end we decided it would just be easier bribe people.”

Fix Radio broadcasts on DAB in London and Manchester.