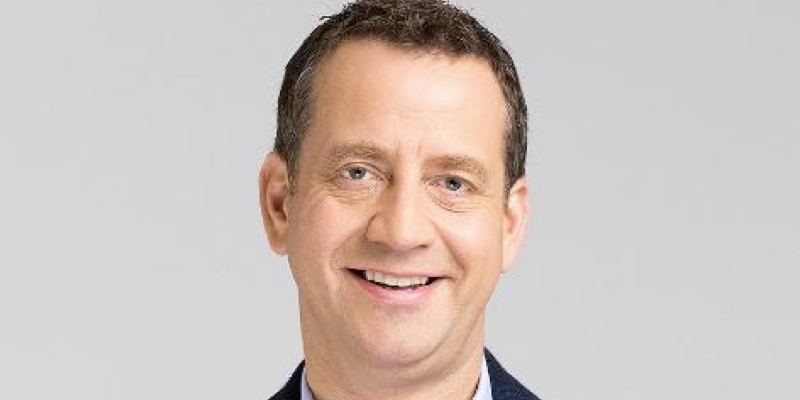 Sports broadcaster Mark Pougatch has announced he’s been let go by BBC Radio 5 Live but looking forward to his next radio challenge.

He’s been at the station since 1994 as presenter of flagship programmes including Sports Report but has been doing less in recent months due to other commitments at ITV and BT Sport.

Mark said: “After an incredibly happy time there, I’ve come to the end of the road now at BBC Radio 5 Live.”

He thanked everyone he’s worked with on both sides of the microphone, and said he’s sorry he didn’t have the chance to say goodbye on-air.

BBC Radio 5 Live is also losing Tim Levell who is moving to a new role at Wireless Group. Tim joined 5 Live from Blue Peter in 2013 and for the last three years has been the Editor of the Emma Barnett programme and Chiles on Friday.

Thank you very much for all the kind messages, from listeners, friends & colleagues. I’m very touched & appreciative people took the time. Just so we’re clear this was not my decision but on we go. Lots of love to @bbc5live @5liveSport. Now three dogs need a walk, not in loafers.

Some personal news as a very happy adventure on the radio comes to an end – but there is plenty more to come! pic.twitter.com/QdJeYx5gaq

A privilege to manage Mark for 11 of those years and before that to have a lot of fun producing him on 5 live sport. A gentleman, good friend and the man who set the highest bar.

You are a sensational broadcaster, with the highest of standards and editorial judgment. Thank you for all your warmth, help and advice when I joined. So generous. I will miss you on air but hopefully not as a friend! See you at Cheltenham.

You're Jedi mate, one of the best.

From listening, as my Grandfather checked his pools coupon, to Raymond Glendenning (just remember hearing him!!) & Eamonn Andrews, through Peter Jones, Des Lynam, etc., you are up there with them @markpougatch. Their, & your, standards inspired the rest of us. Thanks & good luck.

You’re a legend. You may leave 5Live, but you’re a Tailender for life and always welcome. Sad that you didn’t do this at the end of the video though pic.twitter.com/QJ63BIcTSU

After seven amazing years at @bbc5live and @BBCNews – most recently as editor of the fabulous @Emmabarnett and Adrian Chiles – I’m off to pastures new.

But I’ll miss the people at 5 Live hugely….