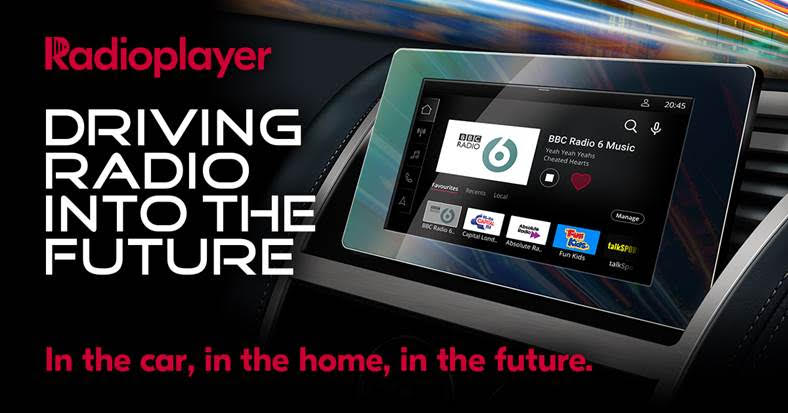 Radioplayer has launched its first-ever business-facing ad campaign in the UK, promoting its work to keep radio strong in cars.

In a multi-channel campaign, Radioplayer is running radio ads across hundreds of UK stations, produced by Radioville, as well as targeting readers of key trade magazines including Autocar, Car & Accessory Trader, Automotive Management and IMI Magazine with full-page print ads.

Targeted digital and social adverts are also running on The Guardian and LinkedIn while an out-of-home activation sees billboards placed around areas where the big car manufacturers are located.

The tagline ‘Driving Radio Into The Future’ refers to Radioplayer’s work on behalf of radio broadcasters around the world, to develop next-generation radio interfaces for the dashboard. They do this by working in partnership with car companies and their technology suppliers.

Michael Hill, MD of Radioplayer, said: “Radio is central to people’s lives, particularly during times of national crisis. It gives people news, advice, entertainment, and a human connection – which is why we’ve seen Radioplayer listener numbers jump by 50% between February and March.

“Radio has always been strong in the car, where people need a simple ‘entertain me’ button, to help them keep their eyes on the road. At Radioplayer we work with car manufacturers to keep Radio central to the dashboard, simple to use, and sophisticated enough to deliver a rich digital experience.”

New Fellowships given out by Radio Academy