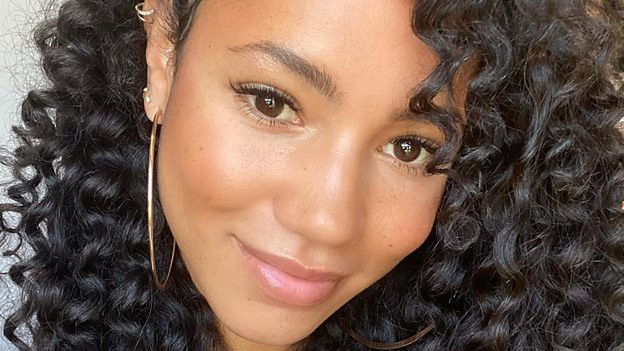 The news of Vick’s signing to Radio 1 had been delayed after the sudden death of Capital producer Joe Lyons last week. She posted on Twitter that it had been an extremely tough time and she hadn’t felt it was the right time to share her news. She also thanked Head of Radio 1 Aled Haydn Jones and his team at the BBC for understanding.

From mental health & grief to education & careers, sex & relationships to racism, Life Hacks is a weekly platform to openly, honestly & thoroughly discuss issues affecting young people. It is community, space where, whatever you’re going through, you can know you’re not alone. pic.twitter.com/wd1FCFDgW2

“I grew up listening to Radio 1 religiously, and am honoured to present Life Hacks, a show that is so important to me and so many listeners.

“Right back since the days of The Surgery, I have loved listening to this weekly platform which so openly, honestly and thoroughly discusses issues affecting young people: from mental health and grief to education and careers, sex and relationships to racism. Above all, Life Hacks is a community, a space where, whatever is going on in your life, you can know you’re not alone.

“I am excited to be a part of continuing to build this community of support and advice and look forward to turning my hand to hosting The Official Chart: First Look too.”

Aled Haydn Jones, Head of Radio 1, says: “We’re delighted to welcome the incredibly talented Vick to Radio 1, and we can’t wait for the listeners to see what she’ll bring to both Life Hacks and The Official Chart: First Look. We’d also like to thank Cel for his valuable contribution to both shows, and I’m pleased he’ll be remaining a part of the Radio 1 family.”

Cel Spellman is leaving Life Hacks and The Official Chart: First Look at the end of August to focus on his other broadcasting and acting commitments, while also remaining a part of Radio 1. He says: “If you had told me when I first covered the Sunday afternoon slot in 2014 what would follow, I wouldn’t have believed you.

“I still can’t quite believe it, yet here we are. Getting to share my Sunday afternoon with the Radio 1 listeners for the last five years has been one of my greatest privileges, joys and achievements.

“I can’t wait to live out this next chapter of my career, continuing being a part of the Radio 1 family whilst also being able to focus and dedicate more time to my acting, broadcasting and social action commitments and ambitions. Peace and love.”

Vick’s appointment coincides with Radio 1 introducing a new schedule from 1 September, which includes a new time slot for the Greg James Breakfast Show and Radio 1’s Future Sounds with Annie Mac. There will also be a new show dedicated to supporting emerging artists hosted by Jack Saunders.

Need a new or improved logo for your radio station? Visit OhMy.Graphics and see how awesome you can look.
Posted on Thursday, August 13th, 2020 at 2:41 pm by Steve Collins