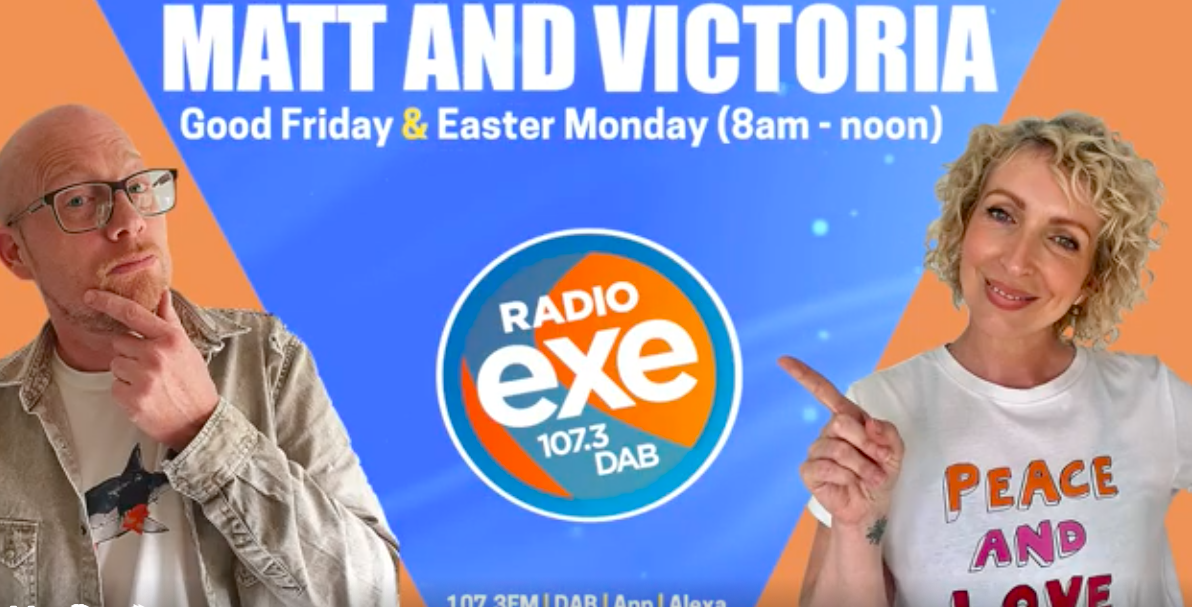 Former Heart presenters Matt Rogers and Victoria Leigh are reuniting on Radio Exe for a series of bank holiday specials.

Matt and Victoria hosted Breakfast on the Global station in Devon and Cornwall until 2019.

Now they’re back together on the station where Matt is now weekend morning presenter. They’ll be on Radio Exe on bank holiday mornings, starting with Good Friday and Easter Monday, from 8.

Matt says: “It’s brilliant to be able to present locally again– and now to get my mate Vic back in the studio is a dream come true.

“I’ve enjoyed great interaction since starting the weekend shows. We’ve got the backing of a big Devon entertainment brand in Crealy Theme Park and Resort as our sponsor, and if the feedback I’m getting is anything to go by, new listeners are joining us all the time.”

Victoria adds: “It’s gorgeous to be back in the studio with Matt – it feels like coming home. I can’t wait to bring some of our sparkle, chemistry and sass to breakfast. We’re back for bank holidays and ready to work a bit of Matt and Vic magic.”

Radio Exe’s managing director Paul Nero tells RadioToday: “It’s a time of change for Radio Exe. After almost 10 years of cheery morning starts, Ben Clark is leaving us, which we’re sad about but we have exciting plans for new shows, including bringing Matt and Vic to the station.”

A new breakfast show host will be announced shortly.

Need a new or improved logo for your radio station? Visit OhMy.Graphics and see how awesome you can look.
Posted on Friday, March 26th, 2021 at 12:31 pm by RadioToday UK