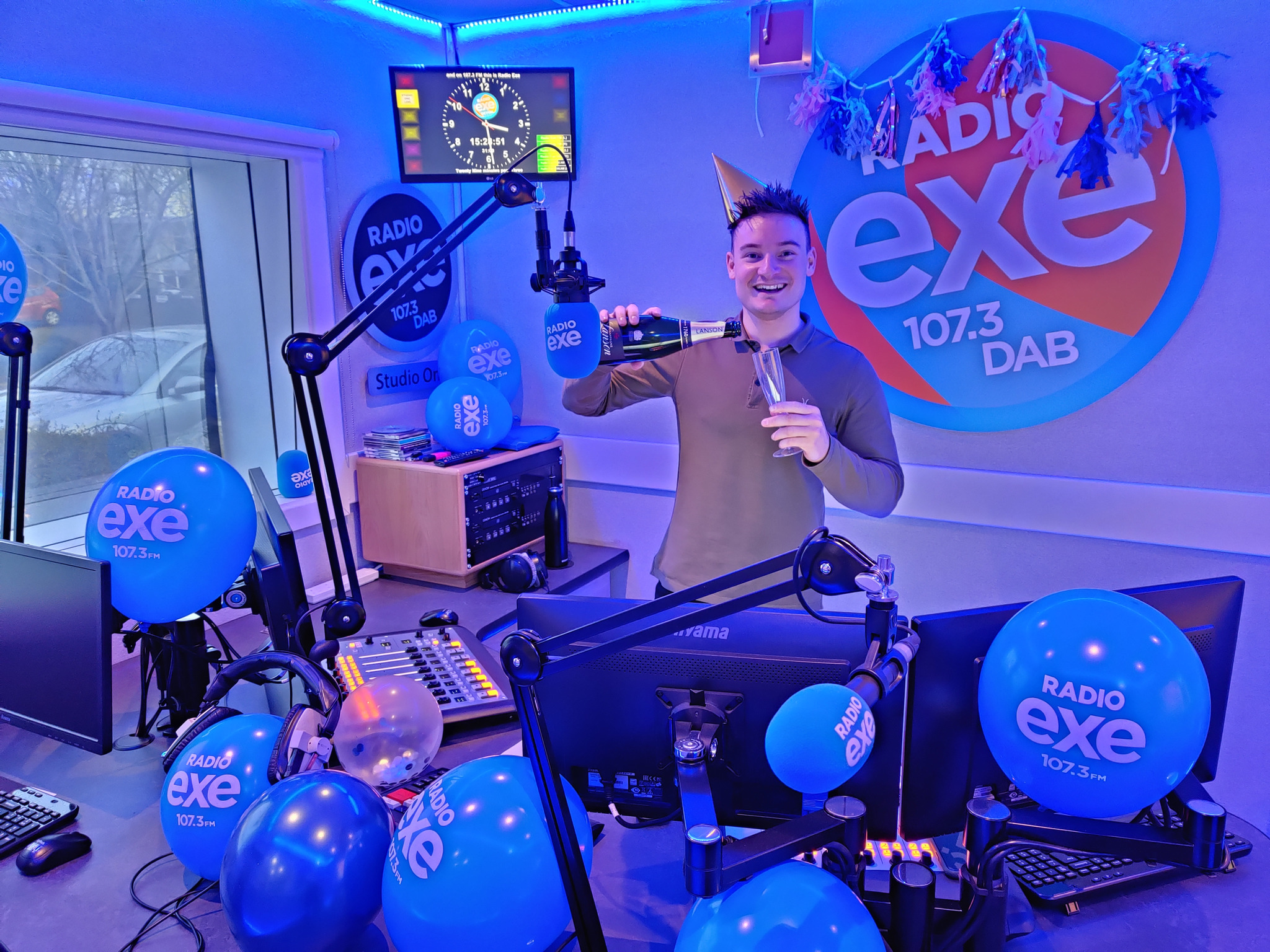 The station went on air on 10th January 2011 after its predecessor, Exeter FM, was acquired from a London company six months earlier.

In an anniversary message to the station, Boris Johnson said: “I wanted to write and offer my congratulations on this great milestone!

“Radio has been a key source of news and entertainment to so many people during the course of the covid-19 pandemic and I understand your service has been exceptional.

“I recall being interviewed by two members of your team. Sam Sterrett and Adam Manning in 2019, and spoke with them about my family’s long association with the area.

“Radio Exe has come so far in the past 10 years and the commitment to your listeners and to Devon is undoubted. Once again, my congratulations on your tenth anniversary.”

To celebrate the day, Radio Exe has been looking for ten youngsters who will celebrate their tenth birthday this year and will invite them and ten friends to enjoy an exclusive Radio Exe party at Crealy Theme Park and Resort near Exeter, sponsors of the station’s breakfast show.

Managing director Paul Nero said: “We’re proud of our team, past and present, who have built Radio Exe into a successful station for Devon.

“Our strategy has been to create a strong local brand on-air and online, deliver a meaningful audience to advertisers so their campaigns work, and to celebrate all that’s good about Devon.

“We aspire to help young talent kickstart their careers – one is now a producer of the BBC’s biggest breakfast shows, another is a newsreader on the World Service – as well as being a place where great broadcaster talent, on-air and off-air, can flourish.

“That the prime minister has taken the trouble to write on our birthday means a lot to the team and we’d like to thank him, as well as our listeners, partners and clients for their support.

“Last year was busy. We launched a new breakfast show with Matt Rogers, who was previously with one of the national brands, and we took over the BBC’s local democracy reporting contract for Devon from a national publishing company, Reach plc.

“This year will be even busier. Along with partners in the community radio sector, Phonic in Exeter and Riveria FM in Torquay, we will launch a new digital radio network for Exeter and extend the Radio Exe brand too.”

Need a new or improved logo for your radio station? Visit OhMy.Graphics and see how awesome you can look.
Posted on Tuesday, January 11th, 2022 at 10:29 am by RadioToday UK