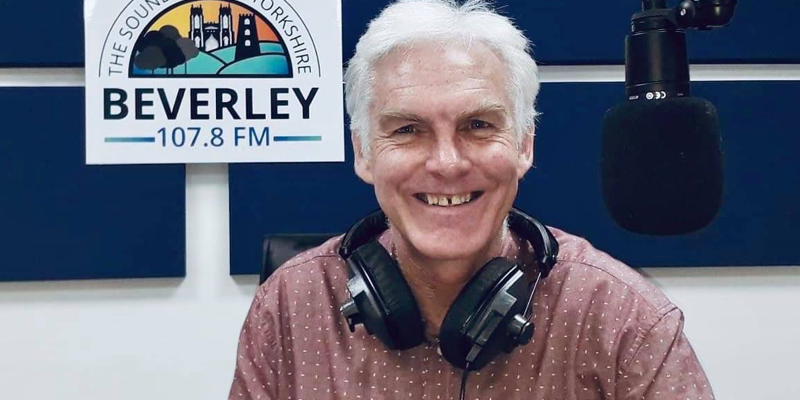 Beverley FM has announced that Tony Barker, one of its team members, has died suddenly at the age of 53.

Tony was most recently volunteering with the community radio station and had previously worked at BBC Radio Humberside, KCFM and Kingston Interactive Television.

He was out running when he collapsed during a run near his home on Saturday 19th June 2021.

A celebration of Tony’s life will be held at the Beverley Barn on Monday 12th July, 1.30pm followed by a private cremation.

Beverley FM tweeted: “We are very saddened to report that one of our volunteers Tony Barker, passed away very unexpectedly on Saturday June 19th after collapsing during a run near his home.

“Tony was a valuable team member at Beverley FM providing regular news bulletins, interviews, and programmes on the station. He also had worked previously at a number of radio stations here in East Yorkshire and in other parts of the country.”

Beverley FM MD Dave Fewster said “Tony was a great friend of the station and he was well-liked and respected by all of the team members as well as those that listened to him.

“His news and interview contributions, as well as his programmes, will be sorely missed.

“Everyone here at Beverley FM sends our deepest condolences to his wife Julie, his family, and his many friends.”

We are very saddened to report that one of our volunteers Tony Barker, passed away very unexpectedly on Saturday June 19th after collapsing during a run near his home. pic.twitter.com/N6llp605b1