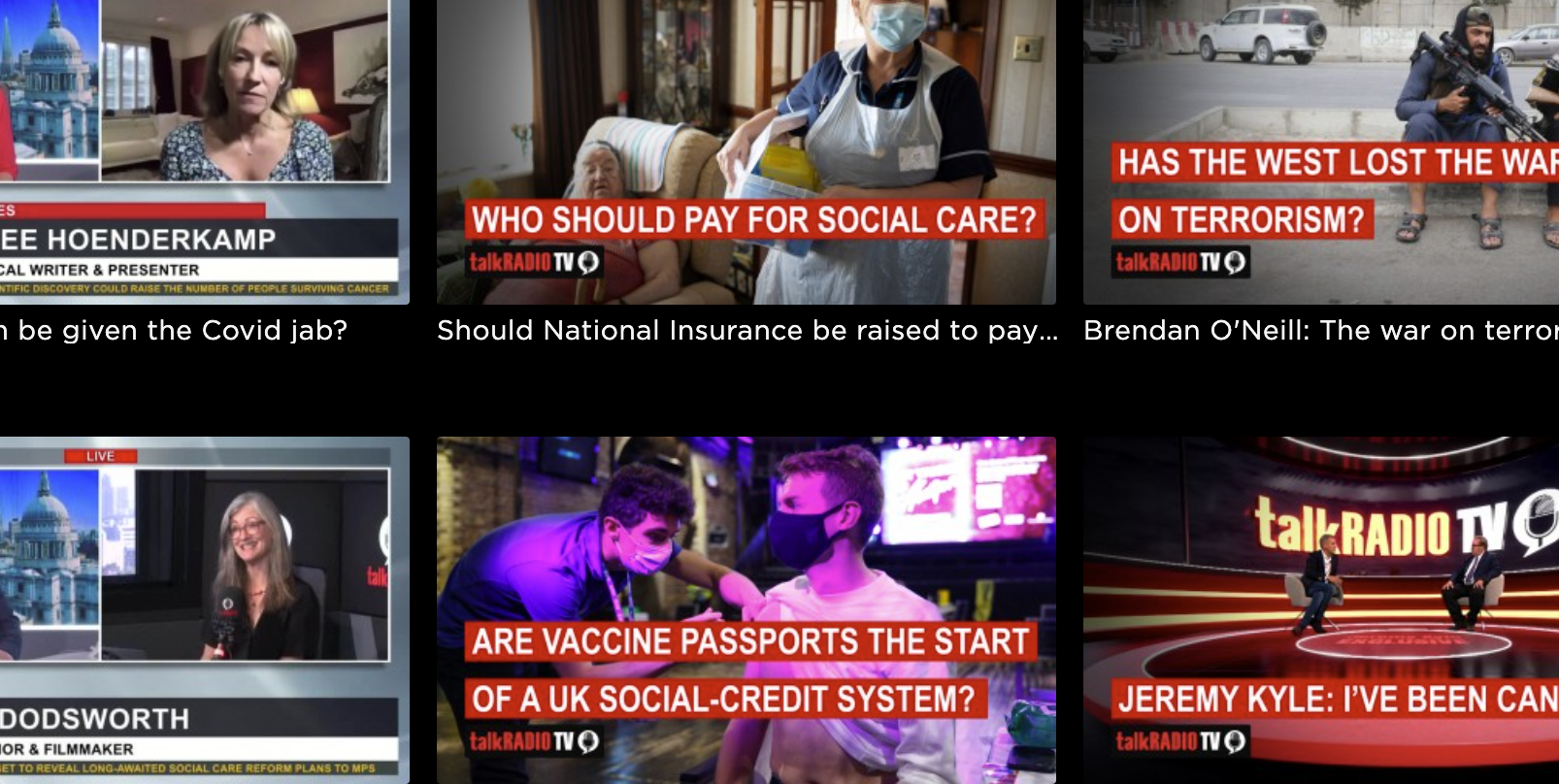 The owners of talkRADIO are planning to launch talkTV early next year with hourly news bulletins plus sport and entertainment shows.

News UK says talkTV will offer a mix of programming from its stable of household brands, using talent from talkRADIO, talkSPORT, Virgin Radio, Times Radio, The Sun, The Times and The Sunday Times.

The television station will also hire some new talent to join a schedule of prime-time programming for the evenings.

Piers Morgan is one of those presenters, joining News Corp and FOX News Media in a global deal, launching a new TV show in early 2022.

Morgan will also join The Sun and the New York Post as a columnist.

Rebekah Brooks, Chief Executive of News UK, said: “We are committed to providing choice for television and streaming viewers and bringing the best of our journalism to the screen. Taking advantage of modern technology, we can produce high-quality shows at low cost.”

Scott Taunton, recently appointed CEO of News UK Broadcasting, said: “talkTV will provide a rich mix of entertaining and informative shows that no other service provides.

“News UK’s brands already engage millions of people through print, digital and audio and we are using those brands to create video programming. We have some of media’s biggest names on our radio stations and in our newspapers, as well as some of the most articulate thought-leaders who reflect many different viewpoints.

“Some of the most talented people in news, sports and entertainment journalism will be taking part as contributors or creating original content for talkTV.”

News UK has invested in new TV studios in its HQ in the News Building in London Bridge. Scott Taunton recently expanded his remit beyond radio and audio and was appointed CEO, News UK Broadcasting and is leading the talkTV launch.

talkRADIO TV has soft-launched on connected TV platforms and is streamed live through the talkRADIO TV app. There will be further announcements as the plans evolve.