Matt and Polly from Capital South Wales will announce the nominations for this year’s Audio and Radio Industry Awards from the Next Radio conference in London on September 17th.

The breakfast presenters will be up front to present the shortlist at 2pm, which will also be streamed live from the Radio Academy’s Facebook page.

The national awards, organised by The Radio Academy and supported by LeedsBID (Leeds Business Improvement District), recognise talent, innovation and excellence across the entire audio and radio industry. There is a total of 23 award categories, from old favourites such as ‘Best Speech Presenter at Breakfast’ and ‘Best Music Presenter at Breakfast’, to new categories for this year including ‘Best Local Radio Show’, ‘Funniest Show’; ‘Best Commercial Promotion’ and ‘Best Station Sound’.

Each category will have a shortlist of six, with a Bronze, Silver and Gold winner to be announced at a ceremony on Thursday October 18th at the First Direct Arena in Leeds, hosted by KISS presenters, Melvin and Pandora.

Matt and Polly told RadioToday: “What an honour to announce the contenders for the most prestigious awards in UK radio – we can’t wait! Having logged on to watch the awards nominations being streamed before we appreciate how nerve-wracking it can be, so we’ll try and make it as pain-free as possible. Good luck to all the entrants!” 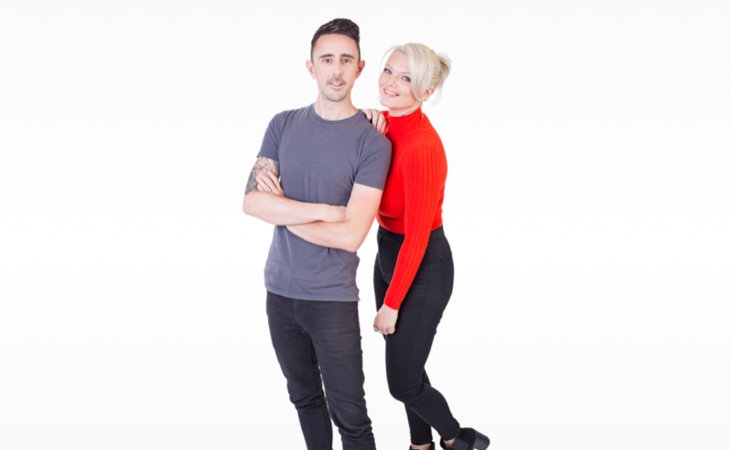 Tickets to attend the ARIAS, together with the exclusive after-show party and welcome drinks reception, will be free to all Radio Academy members and available from September 17th.

Need a new or improved logo for your radio station? Visit OhMy.Graphics and see how awesome you can look.
Posted on Tuesday, September 11th, 2018 at 2:01 pm by Roy Martin

Shortlist out for Audio and Radio Industry Awards 2020

Winners announced for the first ever Young ARIAS

Podcast: Full coverage of the ARIAS 2018

Podcast: Roger Cutsforth on Segue and the ARIAS