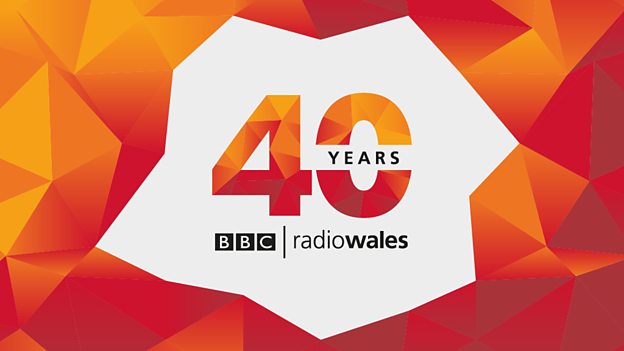 Four decades ago to the day (13th November), Anita Morgan became the first voice broadcast on the station as she presented AM, the first breakfast show. Rugby dominated the headlines for the day, and she was also joined in the studio by a talking parrot.

Radio Wales is this week marking its 40th birthday by embarking on a week-long tour of Wales, visiting Aberdare, Barmouth, Connah’s Quay and Llandrindod Wells where the station’s presenters will broadcast special editions of their shows.

Today presenters Jason Mohammad, Wynne Evans and Eleri Sion will take their shows to Kittle in Swansea on the second day of the tour. Eleri will be linking up with Catherine Zeta-Jones on the programme to talk about her latest work.

As part of the celebrations, the first presenter on Radio Wales Anita Morgan will step back into the studio to co-present Good Morning Wales. There will also be a special look ahead to the station’s future as Tuesday’s Good Evening Wales will become the first programme to broadcast live from Central Square – soon to be BBC Wales’s new home – in a special one-off programme.

The station’s birthday celebrations will culminate in a Variety Gala in Swansea’s Grand Theatre on 22 November where veteran Radio Wales presenter Owen Money will host a night of music and comedy, and will be joined by special guests including Gabrielle, Only Men Aloud, John Owen Jones, Mike Bubbins, Hannah Grace and many more.

BBC Radio Wales station Editor Colin Paterson says: “Radio Wales has been a part of the social fabric of Wales for forty years. Alongside BBC Radio Cymru it has played an important role in capturing the nation’s stories, news and views. From the whole team at BBC Radio Wales we want to say thank you to our listeners right across Wales for their loyalty and support.

“And as we mark our fortieth year, the station is attracting the biggest names in broadcasting, producing more content from different parts of Wales and working with partners to bring great programmes to audiences across the country, and this shows no signs of slowing down.”

(2/10) No shortage of big names have called by #RadioWales40 over the years. This archive selection features:
* @Manics with @BethanElfyn
* @stereophonics with @wynneevans
* @BonnieTOfficial backing us backing her
* Our much-missed friend Alan Thompson *finally* meeting Macca pic.twitter.com/3sIRxrfv97

Reflecting on the first broadcast on November 13 1978, Anita Morgan says: “I was expecting nerves but I found excitement. It was the birth of BBC Radio Wales. It was something new, something for the people. It was like a curtain going up and I was practically bouncing on my seat. The station was set up to give the people a voice, where people come together, and I’m proud that it’s still like that 40 years later.”