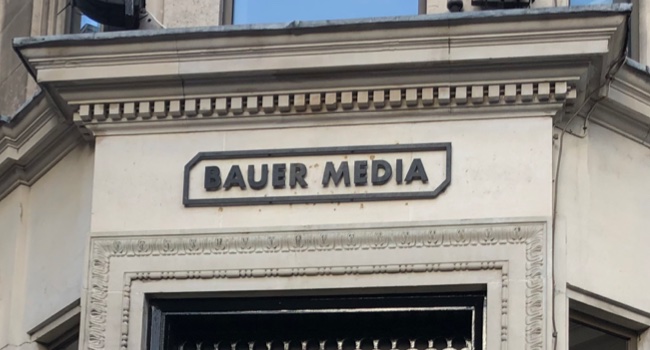 Bauer’s response to the Competitions & Markets Authority to try and avoid its current investigation going to Phase 2 has been made public by the CMA.

The media group was asked in early August to provide a solution to keeping their acquired assets without creating a substantial lessening of competition. The response given by Bauer was rejected by the CMA and further investigations are now underway.

The CMA has now published more information on Bauer’s proposals, although some information has been cut out for reasons of commercial confidentiality.

Bauer submitted that it would not require any FRS station to rebrand its radio station businesses or otherwise source or license content from Bauer as a condition of any offer to provide National Sales Representation services. FRS stations would, however, be free to request such agreements if they considered these commercially attractive to them.

Bauer added that it would honour the terms of the deals already agreed for a set amount of time – the exact details are not provided in the public document.

The CMA says it has doubts about whether Bauer’s solution would effectively address the problem. In particular, the CMA does not believe it fully addresses the risk that Bauer could discriminate in favour of its own stations in situations where both a Bauer and an FRS station are suitable for reaching a given target audience.

Regarding radio stations, Bauer offered undertakings to divest local radio stations in the West Midlands, Yorkshire and the West of England, but, again, the information has not been made public.

Sam FM Bristol, The Breeze (South West), Signal 107, Trax FM, Dearne FM and Rother FM are all singled out as non-Bauer stations which may be expected to result in an SLC in the supply of commercial radio services should Bauer keep operating them.

Dee Ford CBE, Group Managing Director, Bauer Radio, told RadioToday: “We will continue to work with the CMA as it continues its enquiries.”

Bauer announced its purchases of Lincs, Celador and the Wireless stations in the same week in February, before buying UKRD in March.

Need a new or improved logo for your radio station? Visit OhMy.Graphics and see how awesome you can look.
Posted on Wednesday, August 21st, 2019 at 11:42 pm by Roy Martin