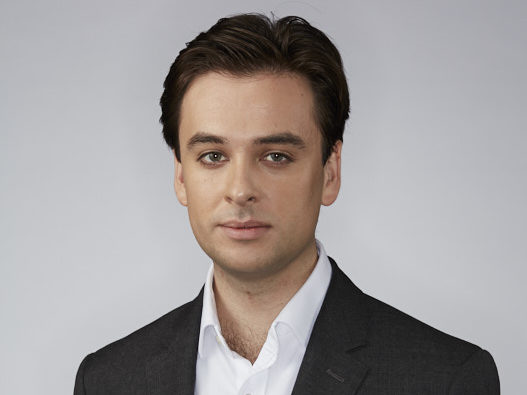 Ross left the group a year ago to take up a role as Policy Adviser to the Prime Minister in the Downing Street Policy Unit. The move into politics followed a high profile interview during which Boris Johnson revealed he likes to paint model buses in his spare time.

Ross’ new job at Times Radio, which launches later this month, will see him covering home affairs, policing, crime and security, defence, social policy and the NHS. He will also work on exclusive stories and investigations for the station.

Around the time of his departure from Wireless last September, Ross was named as one of the Radio Academy’s 30 Under 30 and was praised for his ‘exceptional tenacity and talent’.

Ross said: “I am delighted to be returning to radio and to Wireless, and I am hugely excited to be part of the launch of Times Radio. I look forward to helping make sense of the complex and important public policy issues that impact our lives, as well as delivering analysis on air and in-depth reporting on the challenges and opportunities for the UK, which often go much deeper than the daily Westminster conversation.”

Times Radio Programme Director Tim Levell said: “Ross is a first-class journalist and a terrific reporter. The areas he’ll be covering for Times Radio affect the lives of all our listeners, but are often hard to absorb or misunderstood. Ross will bring them to life with exclusive stories and regular on-air analysis.”

Wireless CEO Scott Taunton said: “I’m delighted to welcome Ross back to Wireless. He is a journalist of the highest calibre and his recent public policy experience means he is perfectly cast for this new and important role at Times Radio.”

Before joining talkRADIO in 2018, Ross was Chief Reporter at international news and picture agency FameFlynet and also worked in Westminster at political website Guido Fawkes.

Very excited to be returning to radio @timesradio as Special Correspondent, station launching 29 June. I'll be focusing on stories and investigations across home affairs, crime, security and UK public policy. Get in touch: ross.kempsell@times.radio / ross.kempsell@protonmail.com