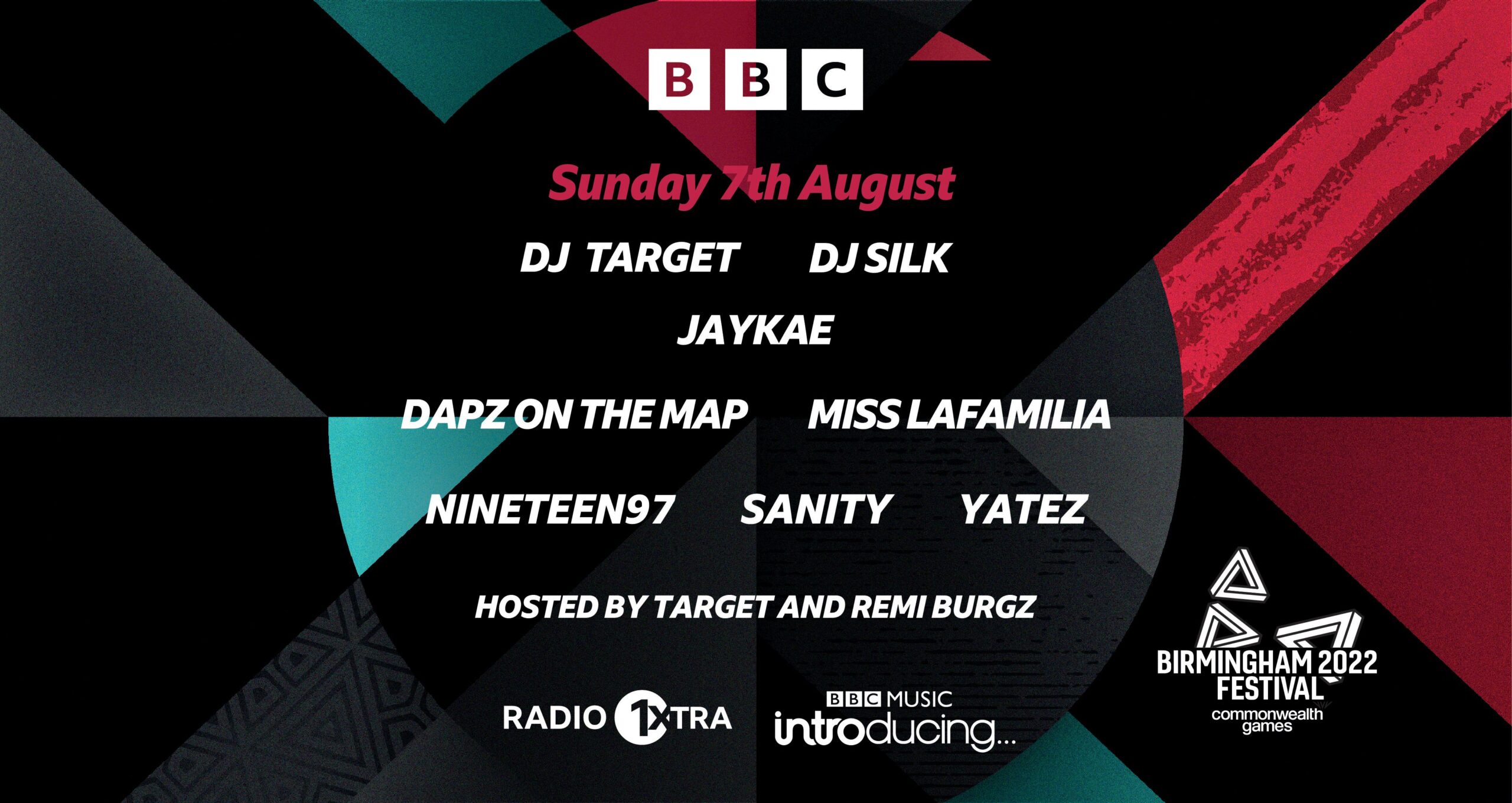 The event – 1Xtra x Introducing Birmingham Showcase – will take place at The Mill on Sunday 7th August, and is presented as part of the Birmingham 2022 Festival.

BBC 1Xtra’s DJ Target and Remi Burgz will host the party and attendees can expect local BBC Introducing artists from Birmingham and BBC 1Xtra Presenters coming together for a night of live performances and exclusive DJ sets to close out this year’s Commonwealth Games.

Head of BBC Radio 1Xtra, Faron McKenzie, said: “Coming from Birmingham myself I know how special it is to be hosting this year’s Commonwealth Games – giving us an chance to showcase our amazing city on a world stage.

“I feel so proud that 1Xtra will support that by hosting the official closing party and will we use it as an opportunity to shine the biggest spotlight on the incredible musical talent coming out of Birmingham. Make sure you get yourself a ticket – you don’t want to miss this!”

Need a new or improved logo for your radio station? Visit OhMy.Graphics and see how awesome you can look.
Posted on Wednesday, July 13th, 2022 at 12:07 pm by RadioToday UK